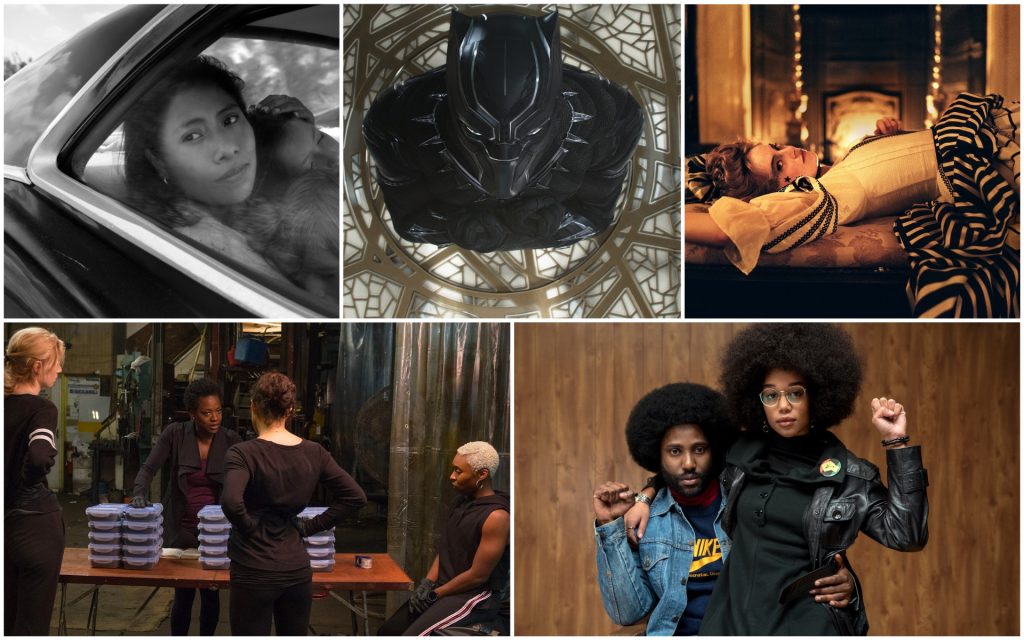 David Ehrlich has done it again. The maestro of the supercut is back with his always deeply satisfying year-end montage, connecting 25 of his year favorite films in one nearly 14-minute long video. Ehrlich’s supercuts are expertly edited, feature great music (a healthy dose A Star is Born‘s breakout star, a little-known musician named Lady Gaga, never hurts) and not only do they create pretty wonderful sequences from one film to another, but they also offer a really nice reminder of the films that have come and gone in what has been a very, very, very long year.

We open with Elsie Fisher from Bo Burnham’s moving Eighth Grade, with the young star addressing the camera in her one of her painfully earnest (and often very funny) YouTube videos that frame the film. Ehrlich’s got a great eye for what to pull out of a given film that speaks to its essence, while also finding what seems like uncanny parallels between films that shouldn’t really have all that much in common. His list includes whiz-bang crowdpleasers like Steve McQueen’s relentlessly entertaining Widows and Christopher McQuarrie’s eye-popping stunt extravaganza Mission Impossible—Fallout, as well as modern masterpieces like Alfonso Cuaron’s Roma and Barry Jenkins’ If Beale Street Could Talk.

There will also be some films on here you haven’t seen it, like Pawel Pawlikowski’s mesmerizing Cold War, and films you’ve seen multiple times, like Ryan Coogler’s juggernaut Black Panther. One of the joys of Ehrlich’s supercuts is how he gets these films to enter into a dialogue together, finding the perfect moment to move from, say, Roma to Alex Garland’s Annihilation to Spike Lee’s BlacKkKlansman to Fallout, all set to Bonnie Tyler’s “Total Eclipse of the Heart.” Who wouldn’t be charmed by a video that manages to get Yorgos tether Lanthimos’ hilarious black comedy The Favourite to Morgan Neville’s touching Mr. Rogers documentary Won’t You Be My Neighbor?

So sit back, click on the full-screen option, and enjoy—2018 has been a wild, often terrifying year, but it’s also been a very strong one at the movie theater.

THE 25 BEST FILMS OF 2018: A VIDEO COUNTDOWN from david ehrlich on Vimeo.