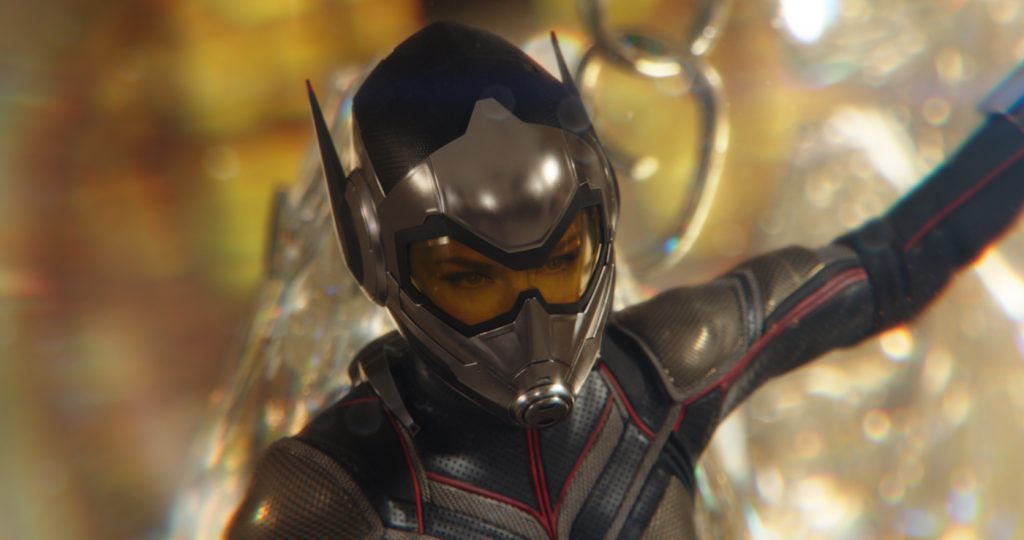 Did you know that the Wasp is on the very first cover of “Avengers #1”? Published on September 10 in 1963, the Jack Kirby designed introduction to the super team included five superheroes—Thor, Ant-Man, Hulk, Iron Man, and yup—the Wasp. Never mind how hokey Iron Man looks and how Frankenstein Monster’s Hulk looks, this is where it all started, and the Wasp was there from the very beginning. You’ll see her right by Thor’s right shin.

In this new featurette about the character ahead of the July 6 premiere of Ant-Man and the Wasp, you’ll be taking Wasp 101. Portrayed by Evangeline Lilly, the Wasp is the first female superhero to get title billing in a Marvel film, and going forward we’re hoping she’s a big part of the Marvel Cinematic Universe as it becomes more female, both in front of and behind the camera. Lilly is an excellent actress, and we’d love to see her stature grow as the MCU expands to give female superheroes their own films. This includes Anna Boden, who’s co-directing Captain Marvel with her creative partner Ryan Fleck, and Pinar Toprak, who joined Captain Marvel as the first female composer for a Marvel film. Then there’s the news that Amma Asante, Cate Shorland, and Maggie Betts are on the shortlist of directors for Black Widow, a movie about Scarlett Johansson’s titular super spy. There has even been talk of an all-female Marvel film and a female-led Black Panther spin off.

We saw the original Wasp, Janet van Dyne (Michelle Pfeiffer) in 2015’s Ant-Man, and it was at the very end of the movie where Hank Pym (Michael Douglas) finally realizes its time to give the Wasp suit to his daughter, Hope (Lilly). Ant-Man and the Wasp is going to show Hope van Dyne in all her glory. The story itself revolves around Hope’s search for Janet in the quantum realm, and in everything we’ve seen in the trailers and teasers makes the case clear—this is going to be the Wasp show. This featurette proves it.

“She’s the toughest one in the movie,” co-star and Ant-Man himself, Paul Rudd says.

If you’re a Marvel fan you’re well aware that Ant-Man and the Wasp is the first film in the MCU since the Russo Brothers macabre epic Avengers: Infinity War. Marvel Studios’ Kevin Feige promises that Ant-Man and the Wasp is going to be a clever, fun film with a strong focus on family—essentially an antidote to Infinity War’s bleak grandeur. With Evangeline Lilly’s Wasp taking center stage, it’ll also be the first Marvel film to give a female character not only title billing, but equal screen time to kick butt. What’s more, they’ll be going against Hannah John-Kamen’s Ghost, who got her hands on the very technology that makes Ant-Man and the Wasp super-small superheroes. The Ghost can phase through solid objects, to name just one of her unique, advantageous skills.

Check out the new featurette below. Ant-Man and the Wasp opens on July 6.