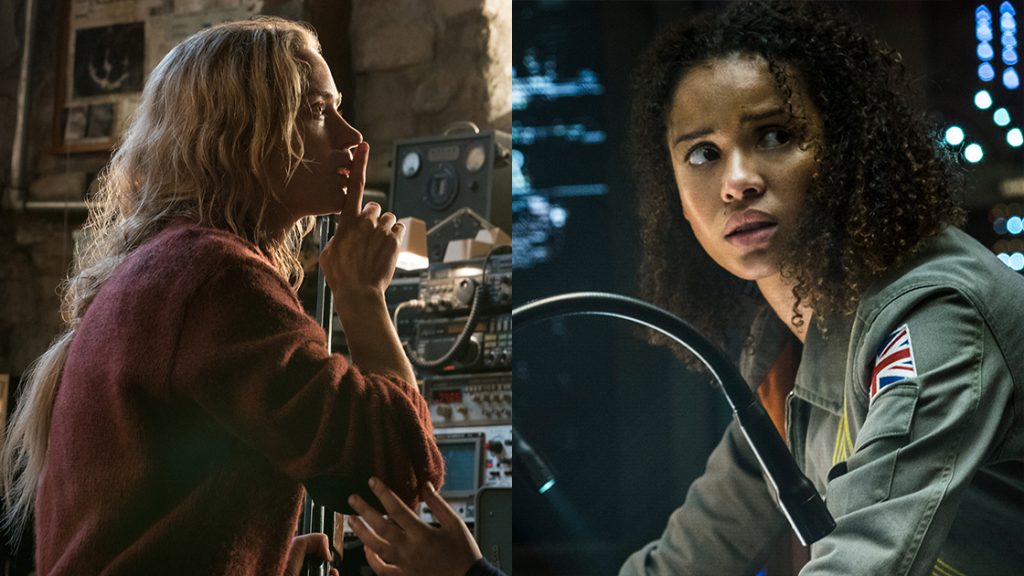 People often talk about the superhero dominance in theaters right now. While it is valid to say we’re seeing some of the best comic movies ever, horror is also having a moment. Cerebral thrillers from Get Out to A Quiet Place are redefining the genre, and audiences are rewarding these risk-taking filmmakers. We are unbelievably pumped for Laurie Storde and Michael Myers to meet face to mask again this Halloween. Now, news out of Cinemacon is that another slew of horror sequels are on the way.

Paramount chairman and CEO, Jim Gianopulos made the very expected announcement that A Quiet Place would be getting a sequel. John Krasinski’s directing debut reached #1 at the box office and the reviews were insane. Brilliantly harrowing sound design and cinematography bolstered an incredible script and cast. Why yes, we’ll take seconds, please.

J.J. Abrams also confirmed that a Cloverfield sequel was on the way, but no, it’s not Overlord. The Cloverfield rhyme and reason riddle is almost as fun as the series of experimental films itself. The loosely tethered films, that to date includes Cloverfield, 10 Cloverfield Lane, and The Cloverfield Paradox, have been shrouded in secrecy until their release. Abrams did share a clip of war horror film Overlord and it sounds incredible. Cinemacon attendees said the footage was extremely graphic and their description brings to mind a melding of Platoon and Tales from the Crypt, although we did not get to see it so we can’t confirm.

Paramount also announced that two Star Trek films are in development. Quentin Tarantino and J.J. Abrams are believed to be working on one, so this is exciting news.

Over in the Star Wars world, all eyes have been on Alden Ehrenreich’s debut as Han Solo, but the original Han has some news. Harrison Ford has signed onto The Secret Life of Pets 2 in his first voice acting role. We are truly tickled to imagine Ford as a domestic animal and cannot wait to see what breed he ultimately portrays.