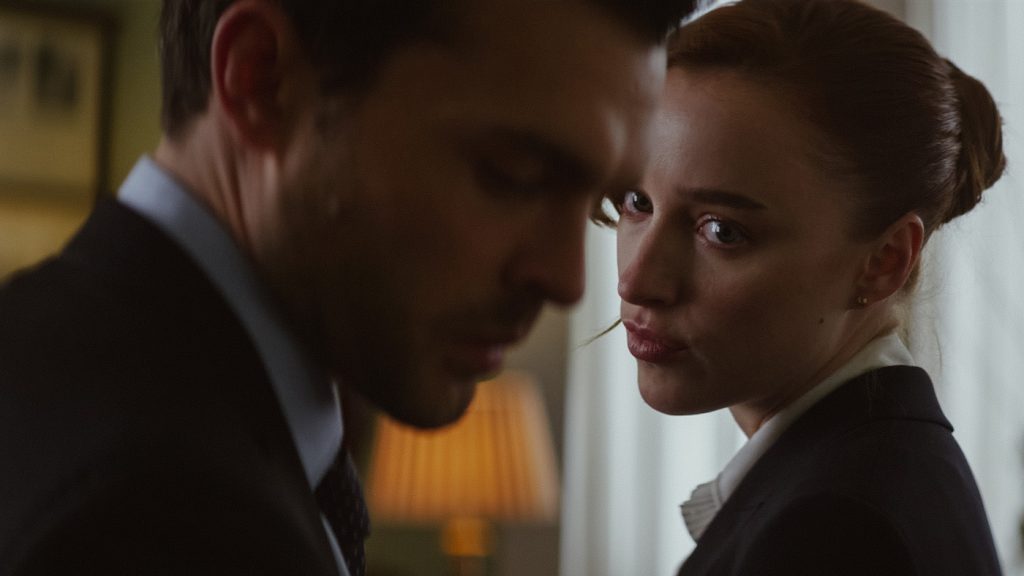 Netflix has made its play.

The streamer has bought one of the buzziest films at this year’s Sundance, writer/director Chloe Domont’s psychological thriller Fair Play, for $20 million, Deadline reports. The film is already getting great reviews after its Sundance premiere, with Dumont’s debut film depicting the brutally cutthroat world of a New York investment firm. Netflix ultimately won the film’s rights after a bidding war with a few other competitors.

The film stars Bridgerton breakout star Phoebe Dynevor as Emily and Solo star Alden Ehrenreich as Luke, a newly engaged couple who have to keep their relationship a secret from their employer, the hedge fund Crest Capital, where they are both in entry-level positions. Things begin to go pear-shaped when Emily gets promoted over Luke, and the power dynamic between them is irrevocably altered.

“I thought [finance] was a great backdrop because the high stakes are ripe for drama,” Domont told Variety after Fair Play‘s Sundance premiere. “It feeds into the toxicity of the relationship, and vice-versa.”

It’s an auspicious feature debut for Domont, who has directed television episodes of Ballers, Suits, and Billions. Fair Play had some big named executive producers, including Rian Johnson and Ram Bergman.

Hot off the heels of their new engagement, thriving New York couple Emily (Phoebe Dynevor) and Luke (Alden Ehrenreich) can’t get enough of each other. When a coveted promotion at a cutthroat financial firm arises, supportive exchanges between the lovers begin to sour into something more sinister. As the power dynamics irrevocably shift in their relationship, Luke and Emily must face the true price of success and the unnerving limits of ambition.

For more from Sundance, check out these stories:

For more on Netflix films and series, check out these stories: