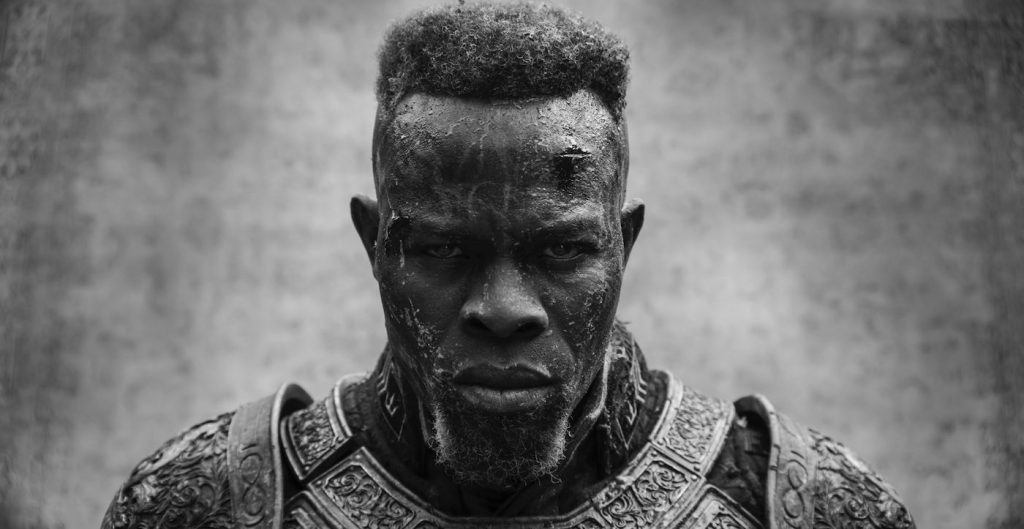 When Netflix revealed their full slate of films for 2023, one of the biggest has got to be Zack Snyder’s Rebel Moon. We learned last April that Snyder had begun filming his sci-fi epic for Netflix. Then, Netflix revealed its release date, December 22. And now, Snyder and one of his stars, Cary Elwes, have shared a few more looks at the upcoming film, including an 8-second teaser and an image of star Sofia Boutella.

Snyder had been thinking about Rebel Moon for years. It began as a potential Star Wars feature more than a decade ago, but that ship sailed when Disney acquired Lucasfilm in 2012. Snyder, of course, was busy on lots of other projects, but he eventually explored the idea with Netflix after the success of his zombie/heist thriller Army of the Dead. Now, years later, we’ll get a chance to see Snyder’s original sci-fi epic.

Elwes shared the snack-sized teaser via Twitter, which gives us a peek at Djimon Hounsou’s General Titus, Boutella’s Kora, and Charlie Hunnam’s character:

And Snyder revealed a look at Sofia Boutella as Kora:

Sofia Boutella is Kora. The reluctant hero from a peaceful colony who is about to find she’s her people’s last hope. #RebelMoon pic.twitter.com/AlEwIoiNxJ

Rebel Moon is based on a script by Snyder, his Army of the Dead co-writer Shay Hatten, and his 300 co-writer Kurt Johnstad. The story is centered on a peaceful colony on a distant planet in the far reaches of space that’s attacked by the army of the tyrant Balisarius (Ed Skrein). The only way the colony can survive is if Kora (Boutella) can recruit people from other planets to help them save their home.

For more on Rebel Moon, check out these stories: