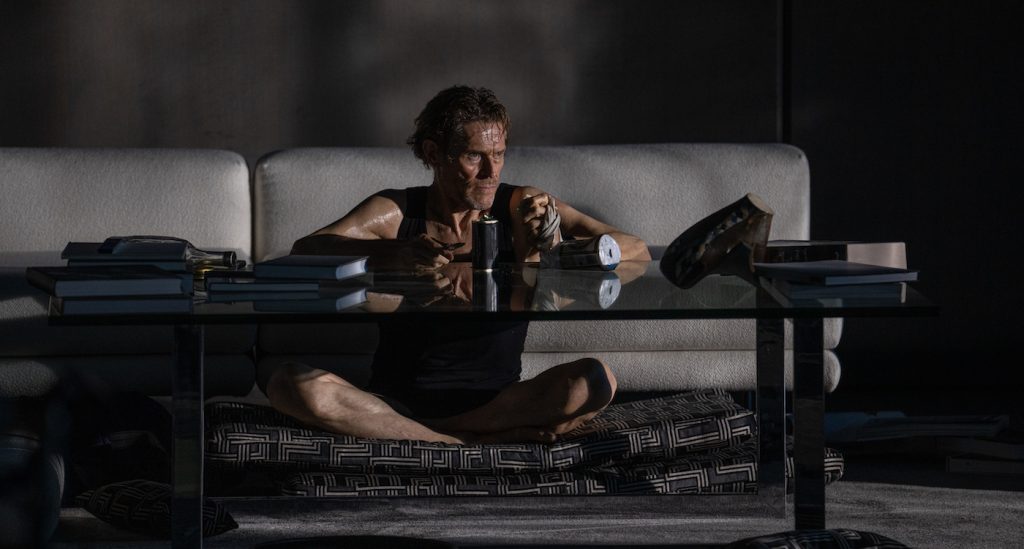 Willem Dafoe is a national treasure, as far as we’re concerned, and any movie he’s in benefits from his singular blend of intensity and passion. Whether he’s reviving his iconic turn as Norman Osborn in Jon Watts’ Spider-Man: No Way Home or depicting, with heartbreaking rawness, Vincent Van Gogh in Julian Schnabel’s At Eternity’s Gate, there’s really nothing the man can’t do. Which brings us to the first trailer for Inside, a literally feverish thriller that finds Dafoe playing an art thief appropriately named Nemo trapped inside a beautiful fishbowl of a penthouse in New York City. Nemo’s there on a job to steal some extremely expensive works of art, but the high-tech apartment goes into lockdown mode, sealing him inside. As if that’s not bad enough, the temperature inside starts to rise, and rise, and rise, effectively boiling Nemo alive.

Inside comes from director Vasilis Katsoupis, from a script by Ben Hopkins, and the conceit is such that the film is essentially a one-man show. With shades of David Fincher’s precise, tense 2002 thriller Panic Room, which made use of Jodie Foster’s immense skills, Inside will let us see how Nemo puzzles his way out of his dire situation. Or not. The trailer indicates that our high-end art thief will start to lose his mind while trapped inside this sweltering, multi-million-dollar cage. How Nemo attempts to escape, what lengths he’ll go to, and how badly it will get before the end credits roll are all part of the excitement. Getting to see Dafoe use his considerable gifts in a fun, ferocious genre film is worth the price of admission alone.

Check out the trailer below. Inside arrives in theaters on March 10, 2023.

Here’s the longline for Inside:

Inside tells the story of Nemo, an art thief trapped in a New York penthouse after his heist doesn’t go as planned. Locked inside with nothing but priceless works of art, he must use all his cunning and invention to survive.