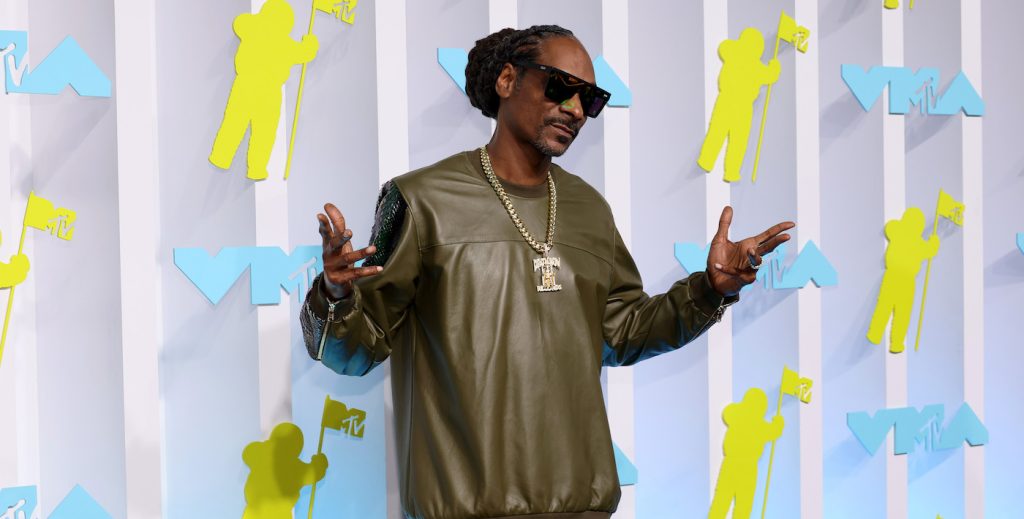 Universal Pictures has tapped Black Panther: Wakanda Forever co-writer Joe Robert Cole and veteran director Allen Hughes (Menace II Society, Dead Presidents) to steer the project. This will be the first definitive biopic to capture the rap icon (and major entertainment mogul), with Snoop set to be heavily involved, including as producer, alongside Hughes and Sara Ramaker. The film will mark the first film for Snoop and Ramaker’s Death Row pictures. Unsurprisingly but crucially, the film will include music from his legendary career.

“I waited a long time to put this project together because I wanted to choose the right director, the perfect writer, and the greatest movie company I could partner with that could understand the legacy that I’m trying to portray on screen, and the memory I’m trying to leave behind,” said Snoop in a statement. “It was the perfect marriage. It was holy matrimony, not holy macaroni.”

There are few living musicians with a richer history and career to mine than Calvin Cordozar Broadus Jr.’s—snoop’s real name. He became a household name and mega-star back in the early 1990s, one of the leading lights of the West Coast rap scene, collaborating with another living legend, Dr. Dre, and then going on to release solo albums that only bolstered his status as one of the best in the game. Snoop’s “Doggystyle” and “The Dogfather” rocketed him into superstardom and set the stage for a career that would go on to include successful business ventures and a larger role in the broader entertainment industry, including as a tech entrepreneur, food and beverage, the cannabis world, and increasingly meaty TV and movie roles. As Day Shift director J.J. Perry recently told us about casting Snoop in his vampire thriller, “Selfishly, Snoop is a massive star. When I think of L.A., I think of palm trees and Snoop Dogg. He was a total pro and an asset, and I’d love to work with him again.”

As varied a career as Snoop has had, as many areas of the business and entertainment worlds as he’s conquered, the music will likely always come first. With 17 Grammy nominations and 35 million albums sold, his incredible music career is more than enough to fuel a film.

“Snoop Dogg is one of the most internationally beloved figures in hip-hop,” said director Allen Hughes in a statement. “There’s just something about his energy that brings people of all walks of life together. Snoop Dogg, not just the artist, but the man and his brand, has transcended generations with his connection and appeal to audiences. His story is so authentic and utterly inspiring, and to have the opportunity to tell his story allows me to go back to the hood 30 years after Menace II Society, and say more now than I could then.”

“Snoop Dogg’s life and legacy makes him one of the most exciting and influential icons in popular culture,” stated Donna Langley, chairman of Universal Filmed Entertainment Group. “We met with Snoop shortly after he acquired Death Row Records and had the opportunity to hear his story in his own words. We are humbled to be able to create the lasting document of this singular artist.”

And Universal is a great home for this project. It’s the same studio that brought out Eminem’s 2002 film 8 Mile (essentially a biopic) and F. Gary Gray’s 2015 film Straight Outta Compton, which captured the West Coast rap scene just before Snoop arrived when Dr. Dre N.W.A. changed the game.