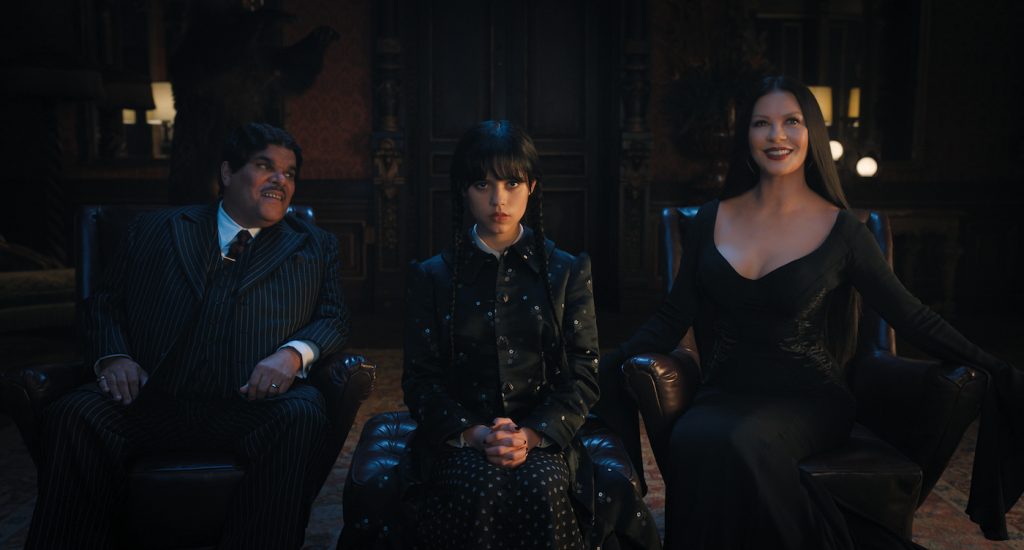 Move over kids from Hawkins, Indiana, Wednesday Addams has arrived.

Tim Burton’s Wednesday has had an incredible opening week, with the Jenna Ortega-led series breaking the record for an English-language TV series for most hours viewed in one week with 341.2 million, according to Netflix’s data. Wednesday‘s astonishing opening week began on November 21 and lasted until November 27—the premiere was actually on November 23. That number amounts to more than 50 million households streaming Wednesday since it premiered.

That viewership haul bests Stranger Things season 4, which previously held the title with 335.01 hours viewed during the week of May 30 to June 5. Ryan Murphy’s Monster had a big opening week, too, netting 299.840 million during the week of September 26 to October 2.

Wednesday tracks its titular heroine (Jenna Ortega) as she’s bounced from school after school only to end up in Nevermore Academy, a place where she might finally be understood. Wednesday is the daughter, of course, of Morticia (Catherine Zeta-Jones) and Gomez (Luis Guzmán) Addams and the sister of Pugsley (Issac Ordonez). Everybody’s favorite disembodied hand servant, Thing (played here by Victor Dorobantu), is also here. While at Nevermore, Wednesday hones her psychic abilities and tries to sort out a puzzling murder mystery that is directly connected to her family.

Burton’s Addams Family reboot has clearly struck a nerve. It takes a lot of good storytelling and game performances to take on a juggernaut like Stranger Things and win.

For more on Wednesday, check out these stories: