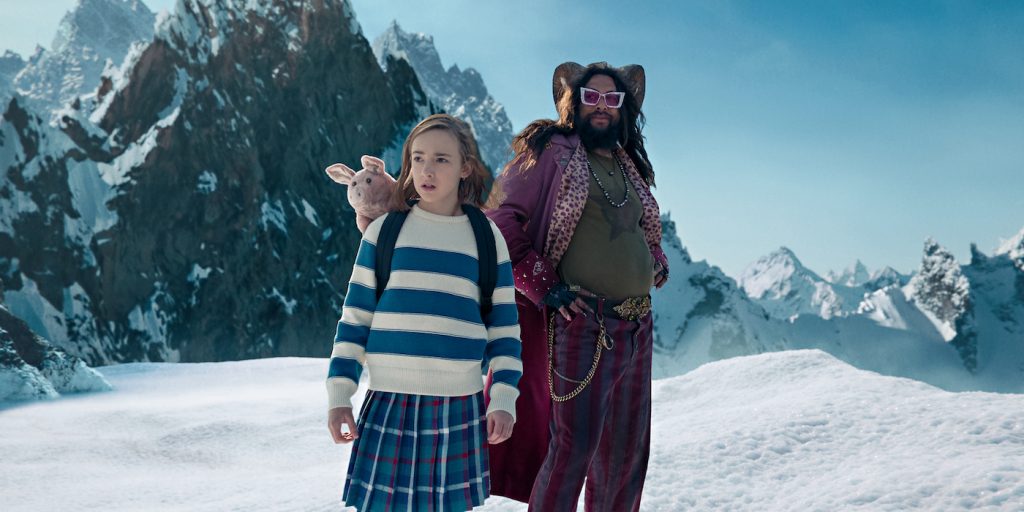 If you’re going to enter the world of dreams, wouldn’t you want Jason Momoa as your guide? Such is the luck of Nemo (Marlow Barkley), who meets Flip (Momoa) in the dreamworld called Slumberland, where she’ll need Flip’s help to make it through this illogical, often insane place to achieve her ultimate goal—seeing her late father again. The second trailer for Slumberland has arrived, a mere two days before its premiere, giving us a deeper look at what director Francis Lawrence (The Hunger Games) and his cast and crew have dreamed up for us.

Dangers certainly lurk in Slumberland, and as a guide, Flip seems less concerned with safety than he is with having a good time. That should be a recipe for success for younger viewers—an adorable stuffed animal (a pig) that’s come to life will help—but the excellent cast and filmmaking chops of Lawrence make Slumerbland the type of kid’s movie adults can not-so-secretly love.

Slumberland arrives on Netflix on November 18. Check out the trailer below:

Here’s the official synopsis for Slumberland:

Slumberland takes audiences to a magical new place, a dreamworld where precocious Nemo (Marlow Barkley) and her eccentric companion Flip (Jason Momoa) embark on the adventure of a lifetime. After her father Peter (Kyle Chandler) is unexpectedly lost at sea, young Nemo’s idyllic Pacific Northwest existence is completely upended when she is sent to live in the city with her well-meaning but deeply awkward uncle Phillip (Chris O’Dowd). Her new school and new routine are challenging by day but at night, a secret map to the fantastical world of Slumberland connects Nemo to Flip, a rough-around-the-edges but lovable outlaw who quickly becomes her partner and guide. She and Flip soon find themselves on an incredible journey traversing dreams and fleeing nightmares, where Nemo begins to hope that she will be reunited with her father once again.