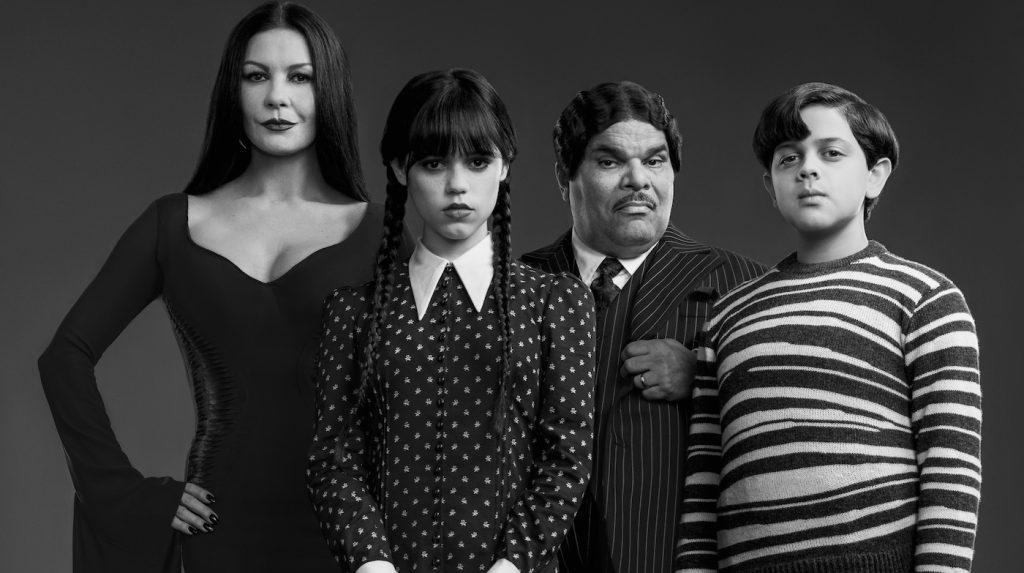 The wonderfully weird journey of the Addams family continues. And who better to continue telling the tale of this beloved family of oddballs than Tim Burton, one of the world’s most beloved oddball filmmakers. Netflix has just revealed the first teaser trailer for Burton’s Wednesday, Burton’s reimagining of the Addams family with a story focused on daughter Wednesday (You star Jenna Ortega).

The series will track its young heroine as she’s bounced from school after school only to end up in Nevermore Academy finally, a place where she might finally be understood. Wednesday is the daughter, of course, of Morticia (Catherine Zeta-Jones) and Gomez (Luis Guzmán) and the sister of Pugsley (Issac Ordonez). While at Nevermore, Wednesday will hone her psychic abilities and try to sort out a puzzling murder mystery that is directly connected to her family.

And if you were wondering whether Christina Ricci, who had an iconic turn as Wednesday in the ’90s film series, is involved, we have good news for you. Ricci makes a special appearance as Marilyn Thornhill.

Burton executive produces and directs four of the eight episodes, with Gandja Monteiro and James Marshall directing episodes. The showrunners, writers, and executive producers are Alfred Gough and Miles Millar.

Watch the full teaser trailer below.

Here’s the synopsis for Wednesday:

The series is a sleuthing, supernaturally infused mystery charting Wednesday Addams’ years as a student at Nevermore Academy. Wednesday’s attempts to master her emerging psychic ability, thwart a monstrous killing spree that has terrorized the local town, and solve the supernatural mystery that embroiled her parents 25 years ago — all while navigating her new and very tangled relationships at Nevermore.