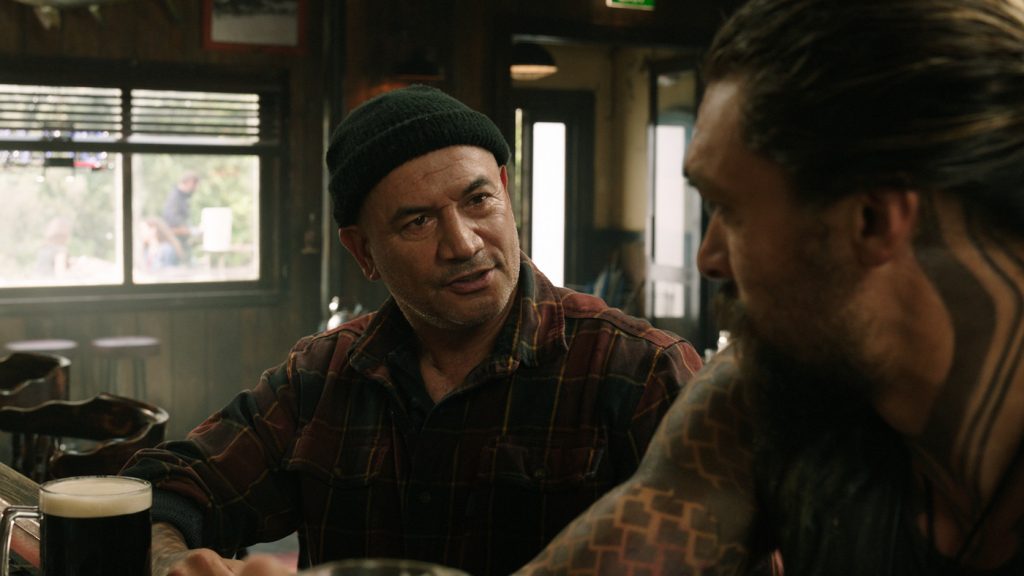 Temuera Morrison and Jason Momoa are like family. Well, they played a family in Aquaman, with Morrison playing Thomas Curry, the father to Momoa’s Arthur Curry. Now, Momoa has cast his former co-star—and the lead of the Disney+ Star Wars series Book of Boba Fett—to star in his Hawaiian war epic Chief of War.

Morrison will play King Kahekili, the King of Maui, in Momoa’s nine-episode epic that will stream on Apple TV+. The series “follows the epic and unprecedented telling of the unification and colonization of Hawaii from an indigenous point of view,” the series’ press material states.

The material is near and dear to Momoa’s heart. He’s of Hawaiian descent, and he co-created the series with Thomas Páa Sibbett. They’ll executive produce alongside Francis Lawrence, Jenno Topping, Peter Chernin, and Doug Jung, who will serve as showrunner. Justin Chon is set to direct the first two episodes as well as executive produce.

Momoa and Apple TV have already established a fruitful working relationship, with Momoa currently starring in the third and final season of his post-apocalyptic series See for the streamer.

Momoa has a lot of big projects in the works, including his second go-round as Arthur Curry in Aquaman and the Lost Kingdom, due in theaters on December 25, 2023.