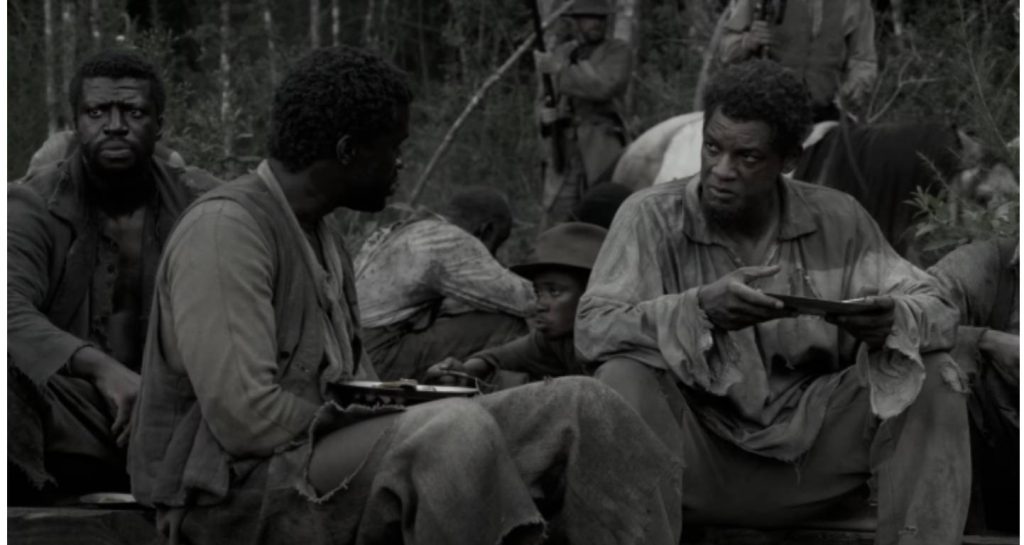 Apple TV has revealed the first trailer for the Will Smith-led, Antonie Fuqua-directed Emancipation, which will be landing in 2022 after all. This is a bit of surprise, considering that Apple wasn’t quite sure how they would handle the film’s release after Smith slapped Chris Rock during the Oscars ceremony.

The first trailer gives us a sustained look at the film, which was a hot commodity after it debuted in the Cannes virtual market in 2020. Apple eventually secured the rights to Emancipation after a bidding war. The movie, based on a true story, stars Smith as Peter, a runaway slave who heads north, eluding vicious slave catchers while he plunges through the swamps of Louisiana, heading, as the trailer reveals, towards the sound of President Lincoln’s cannons. Eventually, Peter makes it far enough where he can join up with the Union Army. During a medical examination, he shows his back and the horrific scars from a near-fatal whipping he endured from an overseer on a plantation he was enslaved at. This image was published in The Independent (the photo was known as The Scouraged Back) in May of 1863 and then appeared in Harper’s Weekly on July 4 of that same year. It made plain the horrific savagery of slavery and would have a lasting impact on the perception of America’s most vile institution.

Check out the trailer below. Emancipation arrives on December 2.