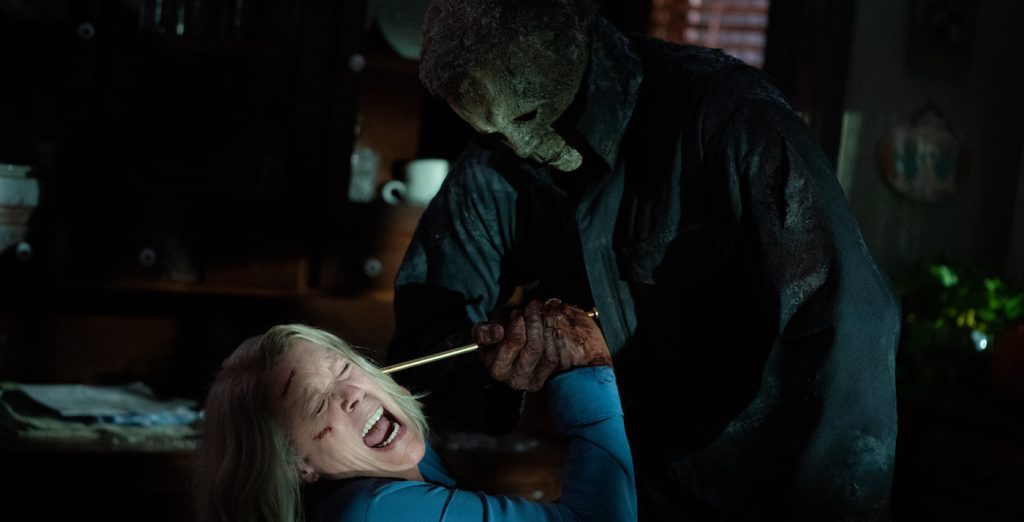 It’s all coming to an end. The final battle between Laurie Strode (Jamie Lee Curtis) and Michael Myers (Nick Castle) is just a few weeks away. Universal Pictures has released the final trailer for Halloween Ends, director David Gordon Green’s trilogy-capping film, which will give us the definitive end to one of the marquee matchups in the history of the horror genre.

Halloween Ends picks up four years after the events in Halloween Kills, with Laurie living with her granddaughter Allyson (Andi Matichak) and trying to put the decades-long trauma she’s suffered to good use—shes’ putting the finishing touches on her memoir. Guess who would rather she never get to live to see that book published? That’s right, The Shape, whose official return to his murderous ways begins when a young man named Corey Cunningham (Rohan Campbell) is accused of killing a boy he was babysitting. Laurie knows all too well what’s really going on, that the killing machine that is Michael Myers is back, although the rest of the town can be forgiven if they’d rather believe Laurie is seeing things. In fact, in the final trailer, Laurie’s granddaughter Allyson accuses her of only pretending to want to move on but in reality being “obsessed with death.” That stings, considering the obsession isn’t really Laurie’s fault.

“This time, something feels different,” Laurie says. “He’s more dangerous.” If you’re curious how one of the most insatiable psychopaths in the history of horror films could possibly get more dangerous, you can be sure David Gordon Green answers that question in the film. Having already lost her daughter to the Shape, Laurie Strode is ready to do battle in Halloween Ends. So much so that she even unlocks the front door in the final moments of the trailer to invite him in. It’s time, she’s saying, to do this once and for all.

For more on the Halloween franchise, check out these stories: