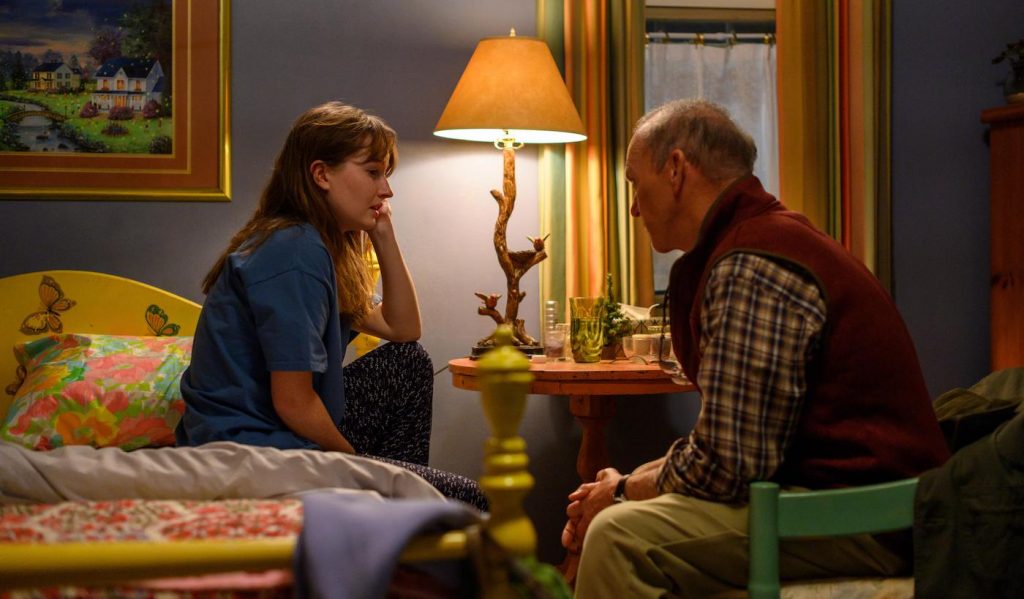 Cinematographer Checco Varese is no stranger when it comes to photographing pilots, having created alluring visual palettes for over twenty projects, including David Elliot’s Four Brothers, Guillermo del Toro’s The Strain, and HBO’s True Blood. He reconnected with Empire creator Danny Strong to shoot Hulu’s Dopesick, a poignant narrative about the opioid crisis starring Michael Keaton as a doctor in a small mining town affected by the addictive drug.

Varese grounded the debut episode “First Bottle” in rich, bespoke colors, which subliminally infuse the unfolding drama that plays out through three overlapping perspectives: the victims, the civil servants investigating the crisis, and the pharmaceutical company behind manufacturing OxyContin, Purdue Pharma, and its owners, the Sackler family. The work landed the cinematographer his first Emmy nomination while the series was honored with thirteen other nods in acting, directing, writing, picture editing, sound mixing, and casting. So to answer the question: Is it a show worth watching? Absolutely.

In planning the visual tone, Varese collaborated with director Barry Levinson (Rain Main, Bugsy), who helmed the first two episodes. Varese brought up films like The Deer Hunter (1978) and Michael Mann’s The Insider (1999), and talked about a version of Kubrick’s Eyes Wide Shut (1999) but without the masks and stilettos. “I fell in love with the material immediately,” Varese tells The Credits. “Danny [Strong] had a specific mandate to make it look real. Not to embellish it or make it a movie.”

The Peru-born cinematographer attributes his success to surrounding himself with people who are better than him, which he admits, he does happily. Gaffer David Lee, key grip Rick Stribling, DIT [direct imaging technician] Daniele Colombera, and colorist Stefan Sonnenfeld were all part of the creative team, but it was the work of production designer Neil Spisak who kicked off the palette. “Neil and his set dressing team did an amazing job, so it was easy to walk into a space and understand it. But at the same time, I wanted to give it a dramatic twist and add an arc to each storyline,” says Varese.

Those dramatic twists are where the cinematographer was able to add subliminal punch. The town’s miners, and more specifically, Besty (Kaitlyn Dever), who becomes addicted to Oxy after Keaton’s character Dr. Samuel Finnix prescribes it to her, were painted with cooler hues for exteriors from the start. A mix of cyans, blues, and grays loom the outside world. On the opposite end, where the Sackler family sits, warmer reds, browns, and gold fill the screen.

“One of the things that Danny and Barry hammered was this story is almost like a horror thriller. That the enemy is at the gate, and this monster [being Oxy] is coming into your life without you knowing,” notes Varese. “If you notice every time we’re outside or establishing outside of Betsy’s house and the door opens, we push in real subtle. It’s this idea that there’s an enemy at the gate, and it’s coming to invade you.” As characters become more addicted, instead of home interiors being warm and inviting, those exterior cooler hues invade the interiors to suggest Oxy is now inside.

In framing the visceral story, the large format sensor of the Sony VENICE was paired with several ZEISS lens lines that included the Supreme Prime and Cinema Zooms. “Barry is very minimalistic with the camera language,” says Varese. “He wanted to have a camera that started on a wide shot to explain to the audience where we are and then possibly end up on another person in the room. Almost like the answer is within the same shot.” The cinematographer admits it’s a challenging way to shoot because every move is a dolly, crane, or Steadicam shot that starts wide and ends up close, making each lighting source placed in the scene critical.

Even with the visuals grounded in realism, Varese did give nods to the artistry of filmmaking. Like when we are in the office of the prosecutors, a character may be half-lit in a dramatic moment before leaning into the full light. “It’s things like that, the little details that enhance the audience’s experience and help transmit the feeling of the piece,” Varese states. “This show is about individuals, so we were constantly working in a shallow depth of field to isolate a character. It was so much about the soul of these characters and what was inside them. All our decisions were made mostly through a deep knowledge of the script and the characters.”