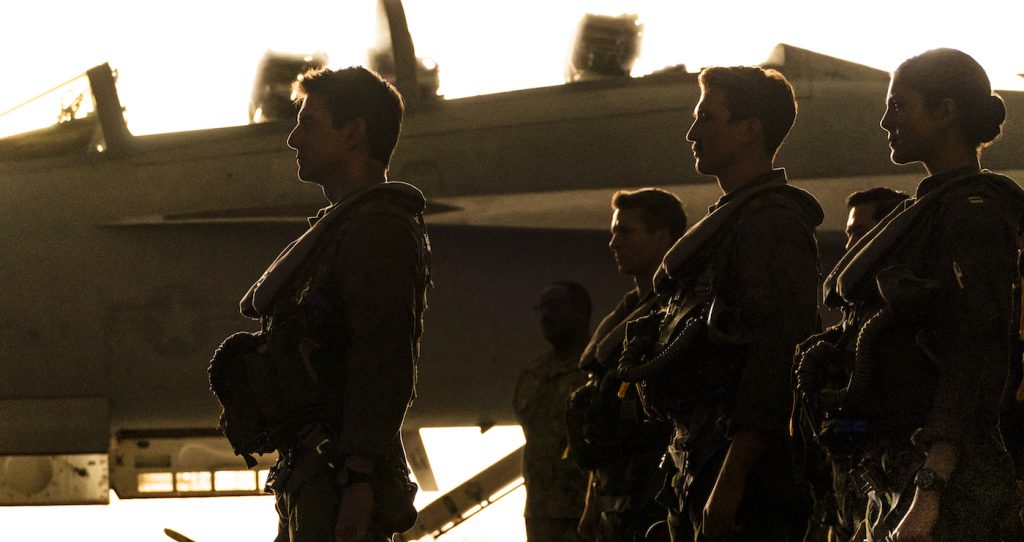 Did you see Top Gun: Maverick this weekend? If you’re anything like us, you were one of the many, many people who eagerly went to the theater to catch Tom Cruise reprise the role of Pete “Maverick” Mitchell, 36 years after the original Top Gun, and you’re a part of the astonishing $154 million haul that the film made in North America. Globally, Top Gun: Maverick pulled in a whopping $248 million. It’s not only the best Memorial Day Weekend release ever, but it’s also the best of Cruise’s career.

Top Gun: Maverick‘s massive appeal proves,  or perhaps simply reminds us, that a movie can have a monster opening without superheroes. There were many reasons the film conquered the weekend, and while nostalgia no doubt played a part, it was the quality of the filmmaking (and yes, the use of real Navy jets rather than CGI), the passion of all those involved, and the commitment to making a sequel that was not just worthy of the original but dared to improve upon it that resulted in the film’s historic opening. These are the facts that helped give Maverick a 97% fresh rating on Rotten Tomatoes and the crucial A+ CinemaScore. People were raving about the movie, which made others decide they needed to see for themselves what all the fuss was about.

One of the joys of Top Gun: Maverick is how Cruise, director Joseph Kosinski, screenwriters Eric Warren Singer, Ehren Kruger, and Cruise’s longtime Mission: Impossible collaborator Christopher McQuarrie delivered a story that managed to thrill and soothe simultaneously. Maverick is wedded wholly to the original while also looking to the future with a new crop of Top Gun pilots that Maverick has been called upon to teach before a dangerous mission. The resonances to the original Top Gun are the film’s beating heart, with the emotional crux of the story revolving around Maverick’s relationship with one-time rival Iceman (Val Kilmer), and most crucially, his former radar intercept pilot Goose (Anthony Edwards), whose son Rooster (Miles Teller) is one of the Top Gun pilots he’s tasked with teaching this time around. Vividly shot dogfights, a love interest in Penny Benjamin (Jennifer Connelly) whose name Top Gun aficionados will remember from the original, and a thrilling third act all safely steer Top Gun: Maverick through the danger zone and into box office history.

What’s more, Cruise and his collaborators didn’t rush to put a Top Gun sequel on the big screen. They waited, in the case of Cruise for nearly four decades, before the right story with the right cast and crew came along. While Top Gun: Maverick drew fans of the original, it offered those either too young or simply unmoved by the 1986 movie a reason to come to the theater. There was no guarantee a Top Gun sequel was going to give audiences a need for speed, but the effort put into making Maverick great made it happen.