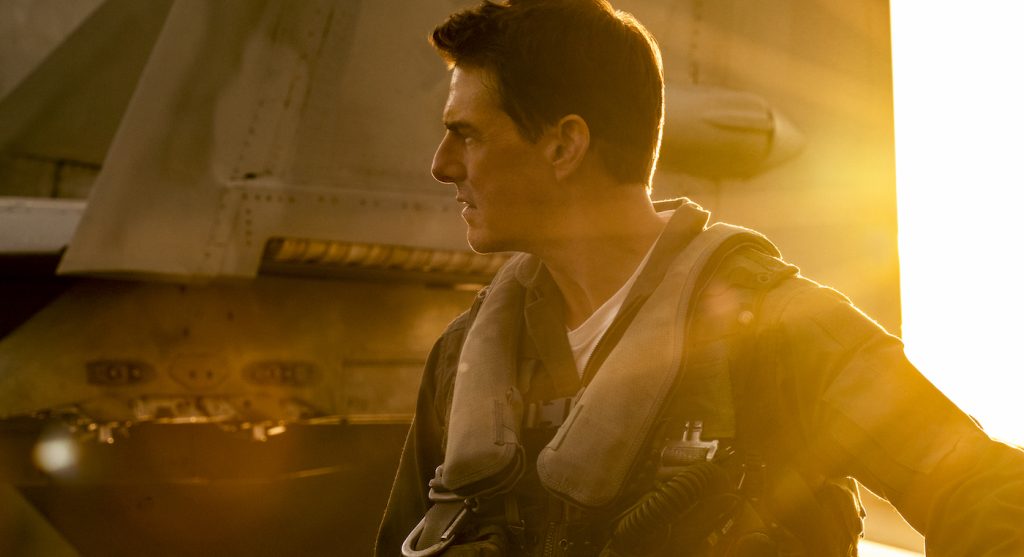 Here we are, 36-years after the original Top Gun, and Tom Cruise is back in the cockpit and going Mach 4 with his hair on fire again. Cruise, director Joseph Kosinski (they teamed up on the sci-fi film Oblivion), and their cast and crew have delivered one of the best action movies in years. Top Gun: Maverick manages the tricky feat of retaining what made the original so iconic while achieving newfound emotions, depth, and even more death-defying aerial feats. As the reviews are flying in, there is a consistent theme—this film is not just a ripping good time, it’s also a surprisingly emotional, old-fashioned action blockbuster made with impeccable craft. Also, and this is never easy, critics are pointing out an absolutely fantastic third act.

Let’s quickly situate ourselves with the story before moving onto the rave reviews. Top Gun: Maverick finds Pete “Maverick” Mitchell (Cruise, obviously) being summoned back to the Navy to help school a new class of Top Gun pilots before a top-secret, seriously dangerous mission. Yet Maverick’s return is complicated by his past—one of his students is Bradley “Rooster” Bradshaw, the son of Top Gun‘s Goose (Anthony Edwards), Mav’s best friend and former radar intercept officer who died during a tragic accident during a training mission that has haunted Mav ever since.

And who summoned Mav back into the Navy fold? One Admiral Kazansky, who you remember from the original film from his call sign—Iceman. Yup, Val Kilmer returns for a moving scene in Maverick, and it’s but one of the resonances from the original that helps give Maverick its emotional heft. New cast members include Glen Powell, Lewis Pullman, Jay Ellis, Danny Ramirez, Monica Barbaro, and Greg Tarzan Davis.

Top Gun: Maverick his theaters on May 27.

#TopGunMaverick is a stunning sequel. Hardly anything in it will surprise you, except how well it does nearly all the things audiences want and expect it to do. Our review: https://t.co/CkZn9jigdE

Tom Cruise returns to the skies in #TopGunMaverick.

Yes I’m gonna say it and I don’t care who disagrees. #Topgun #TopGunMaverick is a perfect movie. They don’t make movies like that anymore. You wait and see. Your expectations of this movie should be higher than you think. pic.twitter.com/kQ4ecLsLQG

#TopGunMaverick is pure movie magic. It brings us back to another era of blockbusters. Absolutely stunning flight sequences and an emotional core that resonates. See it in IMAX. pic.twitter.com/aDpjyrFlfm

The single greatest thing about the stratospherically spectacular #TopGunMaverick? The sheer love & utter reverence it has for its predecessor, credit Joseph Kosinski for delivering the single best film of ‘22, what an absolute GRAND SLAM Paramount has on its hands, straight FIRE pic.twitter.com/KKhCx1FKhR

#TopGunMaverick took my breathe away! An adrenaline rush tailor made for the summer blockbuster season. Not only does it give cinephiles jaw dropping aerial combat sequences, but packs an unexpected amount of emotion that will surely surprise many. 80s nostalgia done right! pic.twitter.com/CqpzuxR5Oq

#TopGunMaverick improves upon the original in every way in a sequel that will truly take your breath away.https://t.co/1ruAalEWlC

Yes, #TopGunMaverick is a really entertaining movie. But it’s also maybe the most personal thing Tom Cruise has ever made? It’s all one big metaphor for Tom Cruise’s career and his vision of what movies should be. https://t.co/S7KQR2oN6R