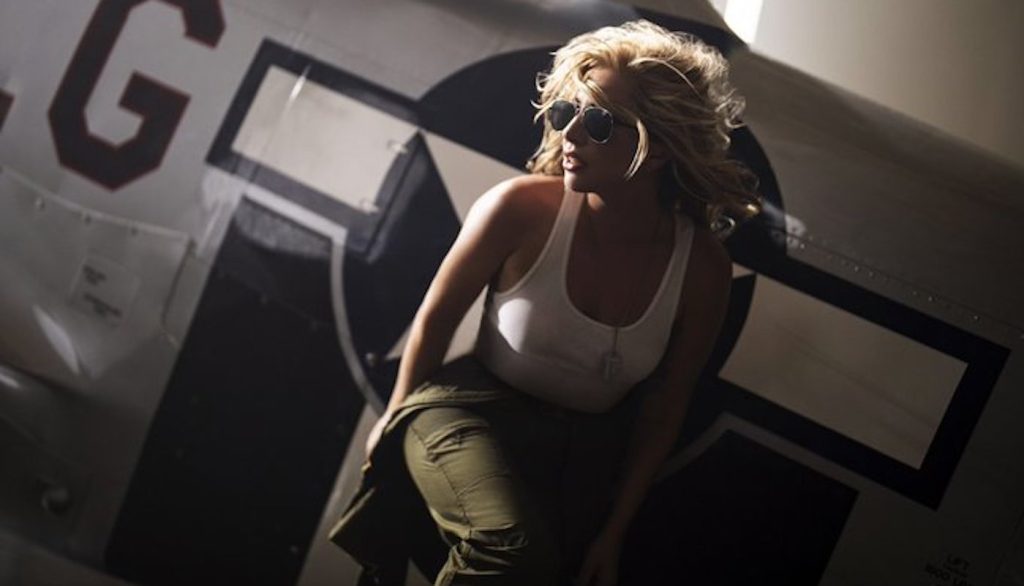 It was only last week when we were enthusing over Lady Gaga being tapped to write the main theme song for Top Gun: Maverick. Now, Lady Gaga herself has made it official—her song, “Hold My Hand,” is out now. She co-wrote it with BloodPop, who was also her co-producer, along with Benjamin Rice. Gaga’s song will feature prominently in the film, which finds Pete “Maverick” Mitchell (Tom Cruise) returning to the Navy to help teach a fresh Top Gun glass a few extra things before they take on a dangerous mission.  Gaga’s song is appropriately soaring, with guitar licks, violins, and a vibe that recalls the power ballads of the 1980s which were topping the charts when the original Top Gun landed in theaters in 1986. There’s already buzz that “Hold My Hand” will be an Oscar contender as best original song.

#HOLDMYHAND ✈️🖤 OUT NOW, from the film #TopGun: Maverick.

Listen to the song here.

On Instagram, Gaga wrote this about the song: “I didn’t even realize the multiple layers it spanned across the film’s heart, my own psyche, and the nature of the world we’ve been living in. I’ve been working on it for years, perfecting it, trying to make it ours. I wanted to make music into a song where we share our deep need to both be understood and try to understand each other—a longing to be close when we feel so far away and an ability to celebrate life’s heroes.”

Gaga went on to thank Tom Cruise, the film’s director Joseph Kosinski, and the film’s composer, Hans Zimmer, along with Harold Faltermeyer and Lorne Balfe. “I’m so grateful to Tom and Hans and Joe for this opportunity—and it’s been a beautiful experience working with them. Me, BloodPop, Ben Rice and everyone else who worked on it with us are so excited to share it with you.”

Top Gun: Maverick will bring Maverick face-to-face with his former best friend Goose’s son, played here by Miles Teller. In the original Top Gun, Maverick lost Goose in an accident during a training session and never forgave himself. With Goose’s son, now going by the call Rooster, in the Top Gun glass, Maverick will be face-to-face with his past, and a hot shot pilot who might not want to take orders from a man who was with his dad when he died.

Top Gun: Maverick is making its world premiere in Cannes, and then hits theaters on May 27.