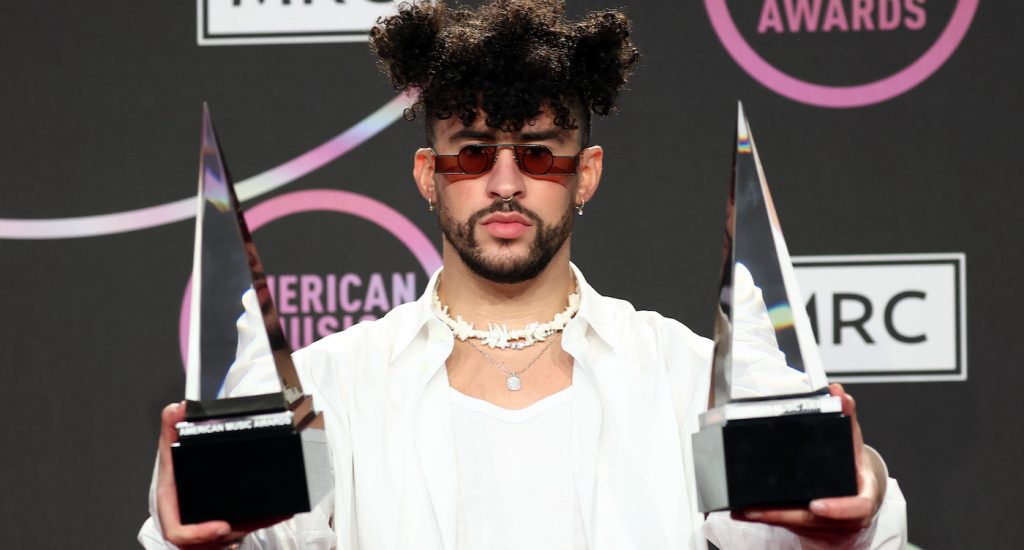 Bad Bunny was introduced by Sony Motion Pictures Group president Sanford Panitch at the annual gathering of movie theater owners in Las Vegas, and the announcement was a big deal for several reasons, not least of which being that Bad Bunny will be the first Latino to lead a live-action Marvel movie.

“To bring El Muerto to life is just incredible .. so exciting,” Bad Bunny said. He also noted that he grew up a big fan of wrestling.

In the comics, El Muerto is Juan-Carlos Estrada Sanchez, a wrestler whose powers are sourced from his mask, which is a part of his ancestry that is passed down through the generations. The El Murto mask endows its wearer with superhuman strength. El Muerto has tangled in the pages of the comics with Spider-Man, and in El Muerto, it has been hinted at by Sony executives that Bad Bunny’s iteration will be an antihero (much like Venom or Morbius), just at the cusp of inheriting the El Muerto mask, and superhuman strength, from his father.

Sony’s struck gold thus far with their Marvel characters. Spider-Man: No Way Home is one of the highest-grossing films of all time, and Moribus, Venom: Let There Be Carnage, the original Venom, and the two previous Tom Holland-led Spider-Man films have all done well. And then there’s Sony Oscar-winning animated film Spider-Man: Into the Spider-Verse, which was a critical and commercial smash, with the sequel due in June 2023.

There are more Sony Marvel projects in the offing. Madame Web, starring Dakota Johnson, and Kraven the Hunter, led by Aaron Taylor-Johnson, are due July 7, 2023, and January 13, 2023, respectively.

Sony’s Marvel Universe is expanding, and its roster hints at a slightly darker, slightly more offbeat corner of the larger Marvel Cinematic Universe.

For more on Sony’s superhero films, check out these stories: