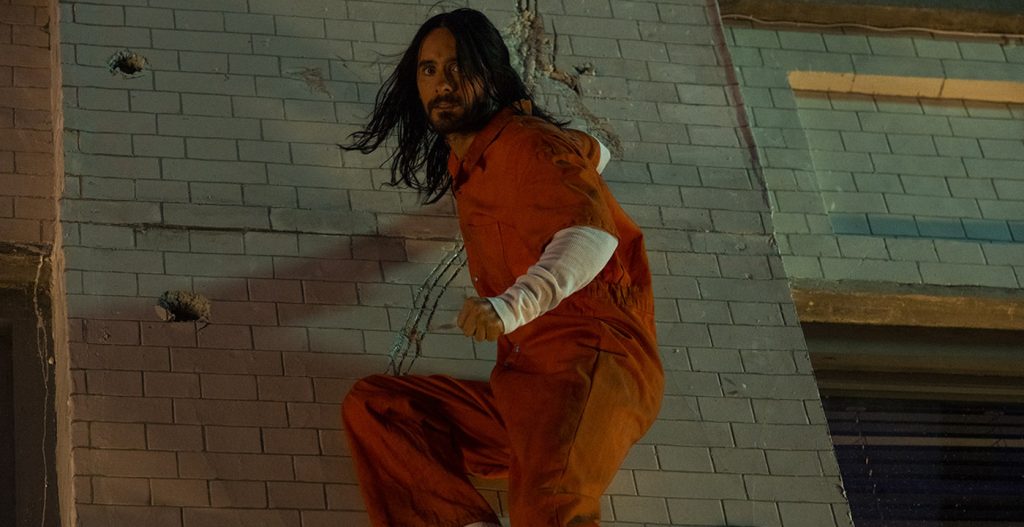 “Morbius is and always has been a standout persona in the Marvel lore,” says Jared Leto at the top of a new Morbius vignette. Leto takes on the role of Dr. Michael Morbius, one of the strangest, most misunderstood characters in Marvel’s vast canon. In the film, from director Daniel Espinosa, Leto’s Dr. Morbius is a decent if monstrously ambitious man trying to cure the world of a rare blood disorder. The catch is the good doctor suffers from the disorder himself, and he’s dying. Yet when he finds a cure and subjects himself to a clearly non-FDA-approved clinical trial as the only patient, Dr. Morbius becomes a “living vampire,” and his thirst for blood, along with his newfound superhuman abilities, make him more than he bargained for.

“There’s a lot of mystery around this character,” Leto says, explaining how because there’s never been a film that’s featured Morbius, there’s a ton of world-building in store for audiences. But Morbius isn’t just a one-off character who exists in a vacuum—Leto promises he’s part of a much larger universe, one that includes both Sony Pictures’ two other Marvel properties, Venom and Spider-Man, with crossover appearances all but certain down the road. “The multiverse has officially opened,” Leto says.

In Morbius, we’ll see Michael Keaton reprise his role as Adrian Toomes, better known as the villain the Vulture, who he first played in Spider-Man: Homecoming. Joining Leto and Keaton are Adria Arjona, Jared Harris, Matt Smith, and Tyrese Gibson. Espinosa directs from a script by Matt Sazama and Burk Sharpless.

Check out the new video below. Morbius swoops into theaters on April 1.