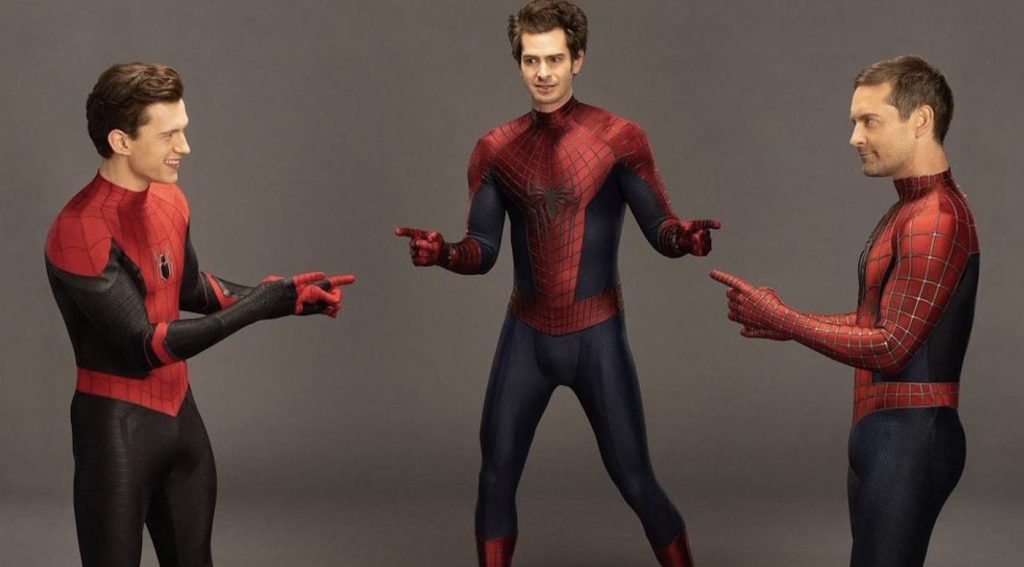 If you’re going to announce the digital and Blu-ray release dates for one of the most successful films of all time, why not recreate an iconic meme to do so? That’s what Sony Pictures has done with the below tweet, recreating a cartoon meme in which a multitude of Spider-Men point at each other. This meme has been used a lot over the years, deployed most often to point out blatant hypocrisy. In No Way Home, there is a moment where Tom Holland, Tobey Maguire, and Andrew Garfield’s three Spider-Men point at each other, but it doesn’t recreate the now-iconic meme.

The tweet reveals that the biggest Spider-Man of all time is coming home in a little less than a month via digital, but you’ll have to wait a bit longer for that Blu-ray:

of course, we got THE meme. #SpiderManNoWayHome swings home on Digital March 22 and on 4K UHD & Blu-ray on April 12!