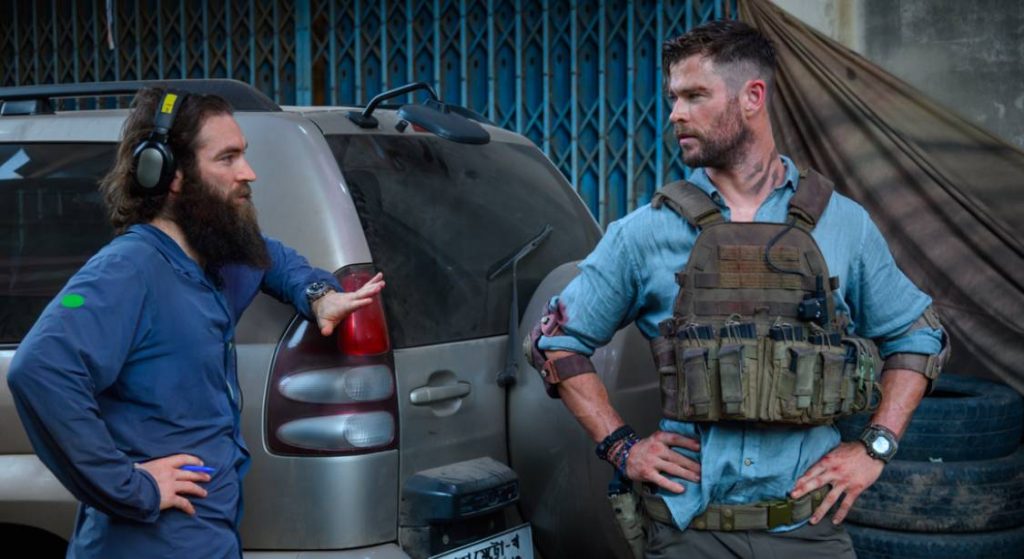 Director Sam Hargrave and star Chris Hemsworth teamed up for one of the most satisfying action films in recent years with Extraction in 2020, a nimbly directed, relentless action-thriller that deployed Hemsworth as a brutally effective, morally adrift mercenary with the unimprovable name of Taylor Rake. The story was centered on Rake taking on a job to rescue a crime lord’s son—lucrative work, but insanely dangerous. At the end of the film, it seemed like Rake was dead (he was shot up and fell off the side of a bridge), but…then Netflix revealed the mercenary was alive and well, as was Extraction 2.

So now, Hargrave, Hemsworth, and the gang are back for the sequel, with the latter providing some timely updates. The latest news from Hemsworth? He’s wrapped his portion of filming, while the film itself has several more weeks to go. In a new video that Hemsworth posted to Instagram, we find out that one of Extraction 2‘s big set pieces involves a helicopter landing on a moving train. Considering the first film’s stunts were so exquisitely crafted (Hargrave is a former stunt coordinator himself), you can bet that the sequel will up the ante in every possible way. They’ll need to top the insane, 12-minute-long car chase in the original, which was truly one of the best action sequences of the last few years.

Check out Hemsworth’s video below. Extraction 2 is due sometime in 2022.

For more on Extraction 2 and Extraction, check out these stories: