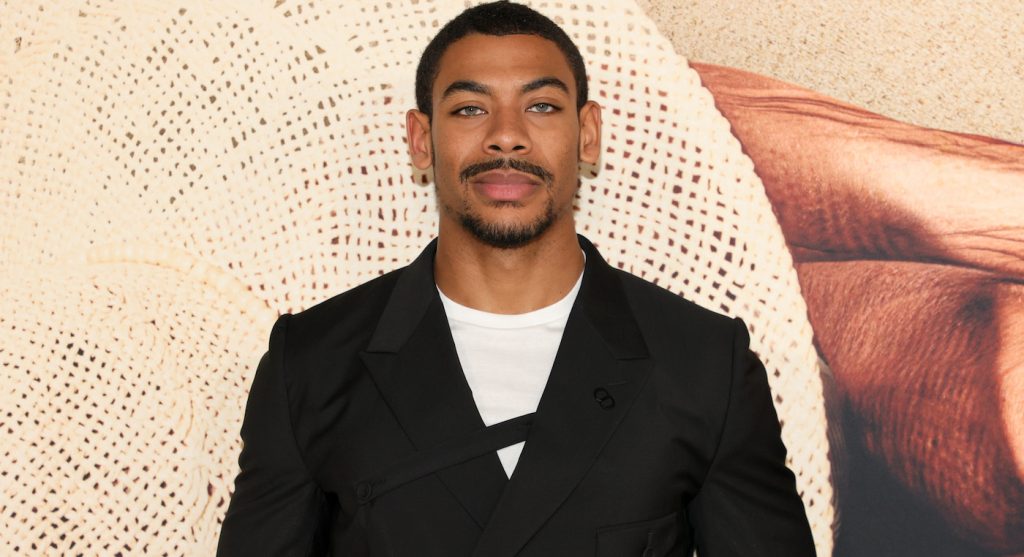 A big piece of casting news has dropped on one of Marvel Studios’ most intriguing, most hush-hush upcoming films. The Underground Railroad and Krypton star Aaron Pierre has joined two-time Oscar-winner Mahershala Ali in Blade. Pierre joins both Ali and the great Delroy Lindo in the revamped MCU film about the titular character, the first Blade film since Wesley Snipes’s last turn as the half-vampire hunter in 2004’s Blade: Trinity.

There’s still no word on who Pierre will play, as Marvel Studios has been keeping the development of Blade very, very quiet. We’ve seen little more than an illustration Ali shared of himself as Blade, and the original big reveal, way back during Comic-Con 2019, when Ali’s casting was first announced. Pierre, meanwhile, has been building a strong reputation as an ace performer, not only from his meaty role in Barry Jenkins’ sensational adaptation of Colson Whitehead’s The Underground Railroad, but also in M. Night Shyamalan’s recent film Old. He’ll be re-teaming with Jenkins to voice Mufasa in Disney’s upcoming The Lion King prequel.

Blade will be directed by Bassam Tariq from a script by Watchmen scribe Stacy Osei-Kuffour. While Wesley Snipes’ portrayal of the character is by far the most well-known, Blade has a rich history in the comics. Blade first appeared in 1973, when creators Marv Wolfman and Gene Colan introduced him as a supporting character in “The Tomb of Dracula.” Soon enough, he had his own storylines, and as a “dhampir”—that is a vampire/human hybrid—Blade devoted his life to hunting vampires.

What we do know about this version of Blade is that it will exist within the Marvel Cinematic Universe. Adding vampires to the MCU? Sure, why not. After the weirdness of everything from Thor: Ragnaork to WandaVision to the upcoming Egyptology-obsessed Moon Knight and universe-melting Doctor Strange in the Multiverse of Madness, Blade will simply further stretch the limits of what the Marvel Cinematic Universe can contain. And of course, there’s the Jared Leto-led Morbius coming out, with the good Doctor Michael Morbius (Leto) becoming a vampire himself. It would seem like Blade and Morbius have obvious crossover potential.