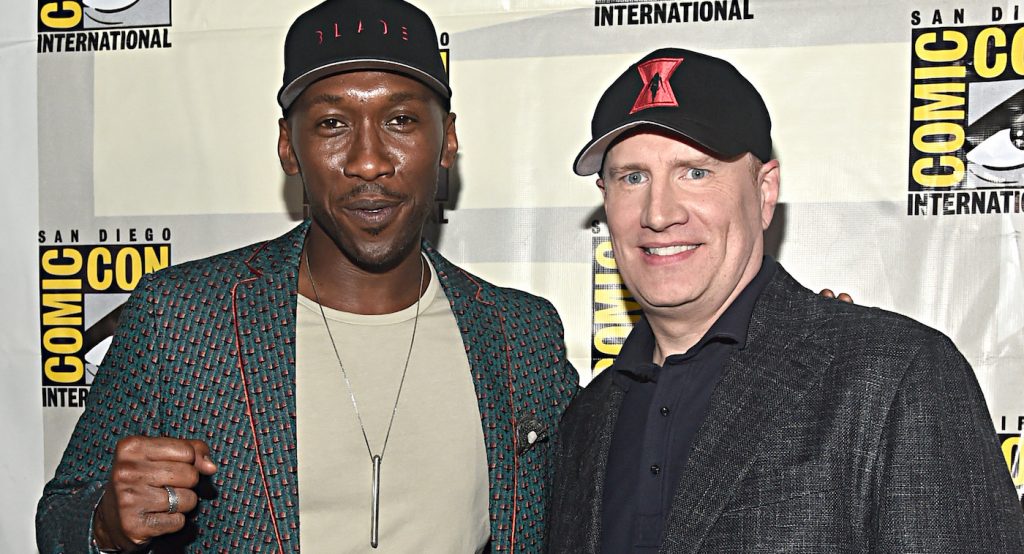 Mahershala Ali Shares an Illustration of Himself as Blade

Remember four and a half million years ago, last July, when Marvel revealed that Mahershala Ali would playing Blade in a new film about their half-vampire superhero? It was another lifetime and a very different world, but that doesn’t mean that Ali isn’t still hyped to play the character whenever we’re finally able to get back to making movies and enjoying a semblance of regular life. Ali shared an illustration of himself as the daywalking vampire-hunting superhero, and it’s a thing of streamlined beauty:

It’s unclear whether this glimpse at Blade is direct from a Marvel concept artist or just something Ali whipped up himself. Regardless, this is a character we’d very much like to see in the near future, on the big screen no less. You can see just a hint of Blade’s fang in the image, reminding us that he’s a very different kind of Marvel hero.

Ali is taking on a role first made famous by Wesley Snipes way back in 1998, in director Stephen Norrington’s Blade. Snipes was excellent as the half-vampire, half-mortal protector of humanity, yet at the time, superhero movies were in something of a middle period. There was that game-changing run in the late 70s through the 80s with some legendary comic-book films, most notably Richard Donner’s 1978 Superman and Tim Burton’s 1989 Batman. Those films were colorful, occasionally campy, but also technically brilliant and gorgeously constructed. By the time Blade hit in 1998, superhero films were moving towards realism, and Snipes’ fanged protector felt new. Here was a black actor in the central role, playing a hybrid vampire creature who could hunt in the daylight. The best film in the Blade trilogy was 2002’s Blade II. The final film in the trilogy, Blade: Trinity, hit theaters in 2004. Little did anyone know that only a year later the superhero genre would enter a brand new phase with Christopher Nolan’s Batman Begins.

Meanwhile, Blade’s future was dimming. There was a brief TV series, Blade: The Series in 2006 starring Sticky Fingaz. It lasted for one season. Once the rights to Blade reverted to Marvel Studios, our vampire-hunter seemed to be at eternal rest. Until last July’s Comic-Con.

While all our best-laid plans have been dashed during the pandemic, Marvel will eventually get back to making movies, and Ali as a revamped (pun intended) Blade will be a big part of that. Until that happens, we’ve got this illustration and our imaginations, the latter getting a real workout these past few months.