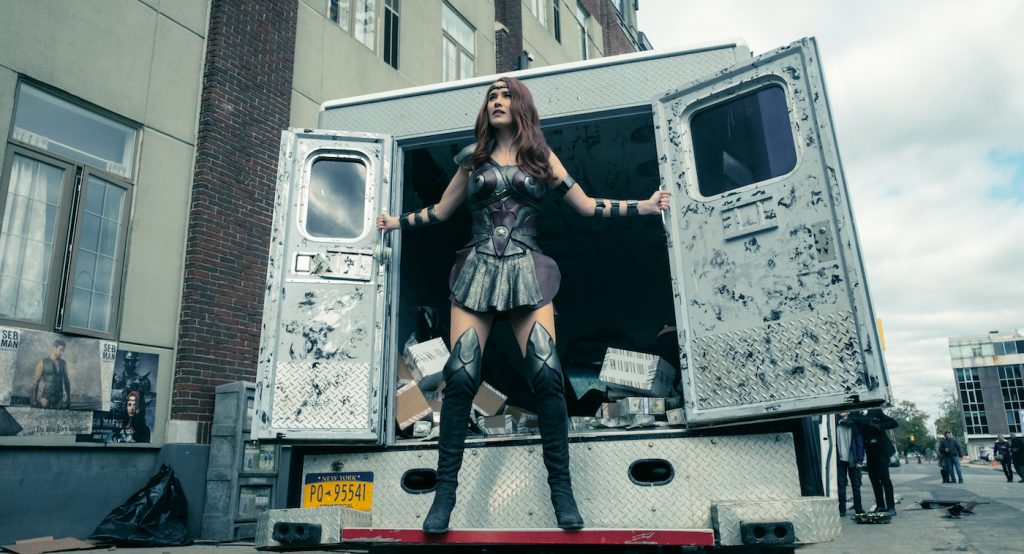 At long last, we know when The Boys will be back in town. Amazon Prime Video has revealed a new teaser for season 3, which gives us the first footage and that release date. Mark your calendars for June 3.

The Boys will be coming to you on a weekly basis, which is in keeping with how showrunner Erik Kripke and his team handled last season. (Season one was delivered at all once.) Season 3 consists of six episodes, which will lead to the season finale on July 8.

The teaser just gives us two of our “heroes,” the conflicted Starlight (Erin Moriarty) and the psychopathic Homelander (Antony Starr) posing for the cameras. As the flashbulbs go off, Homelander’s smile becomes increasingly disturbing. The look on Ashley Barret (Colby Minifie)’s face, the much-abused PR maestro at Vought, speaks volumes. She’s sickened and terrified by the man she serves, who she knows is a lunatic and a killer.

Season three will introduce some new supes to the most irreverent superhero show of all time, including Jensen Ackles as costume Soldier Boy, Laurie Holden as Crimson Countess, Miles Gaston Villanueva as Supersonic, Sean Patrick Flanery as Gunpowder, and Nick Wechsler as Blue Hawk. The Boys season 3 will explore the nefarious Voight Company’s history in the ’60s, ’70s, and ’80s.

Here’s the official synopsis from Amazon:

The Boys’ is a fun and irreverent take on what happens when superheroes — who are as popular as celebrities, as influential as politicians, and as revered as gods — abuse their superpowers rather than use them for good. Intent on stopping the corrupt superheroes, The Boys, a group of vigilantes, continue their heroic quest to expose the truth about The Seven and Vought — the multibillion-dollar conglomerate that manages the superheroes and covers up their dirty secrets. It’s the seemingly powerless against the super powerful.