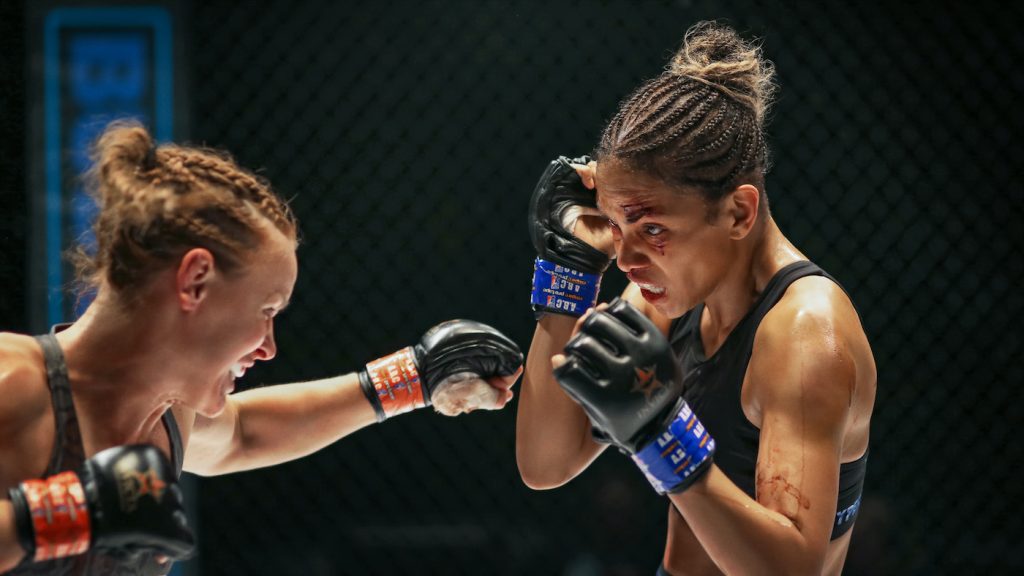 When Halle Berry’s directorial debut, Bruised,  hits theaters on November 17, it will boast the first-ever all-female hip-hop soundtrack. Berry, who also stars in the film as a disgraced former MMA fighter, Jackie Justice, seeking redemption in and outside the ring, sought the musical talents of some of hip-hop’s most exciting female stars, including Cardi B, HER, Rapsody, Baby Tate, Cardi, Saweetie, and Flo Milli. The full Bruised soundtrack is made up of 13 songs, six of which are originals written specifically for the movie, including Cardi B’s “Bet It,” City Girls’ “Scared,” and “Saweetie’s “Attitude.”  Seven additional tunes were inspired by the film.

The soundtrack was produced by Berry and Cardi B and will be available on November 19, before Bruised begins streaming on Netflix on November 24. Speaking with Variety, Berry gushed about the film’s title song “Automatic Woman,” by H.E.R.

“I have to tell you, one of the things I’m most excited about is the title song that H.E.R. sang… and she killed it. So I can’t wait to share with everyone and am super excited.”

H.E.R. is coming off winning the Academy Award, alongside D’Mile and Tiara Thomas, for their song “Fight For You” from Judas and the Black Messiah, becoming the youngest African-American to win an Oscar at 23. Previously, that distinction belonged to Jennifer Hudson, who was 25 when she won an Oscar for Best Supporting Actress for her work in Dreamgirls.

Check out the trailer for Bruised here, which features a song from Young MA:

Here’s the synopsis for Bruised:

Jackie Justice (Halle Berry) is a mixed martial arts fighter who leaves the sport in disgrace. Down on her luck and simmering with rage and regret years after the fight, she’s coaxed into a brutal underground fight by her manager and boyfriend Desi (Adan Canto) and grabs the attention of a fight league promoter (Shamier Anderson) who promises Jackie a life back in the octagon. But the road to redemption becomes unexpectedly personal when Manny (Danny Boyd, Jr.) — the son she gave up as an infant — shows up at her doorstep. BRUISED marks the directorial debut of Academy Award winner Halle Berry and also stars Adriane Lenox, Sheila Atim, Valentina Shevchenko, and Stephen McKinley Henderson in a triumphant story of a fighter who reclaims her power, in and out of the ring, when everyone has counted her out.