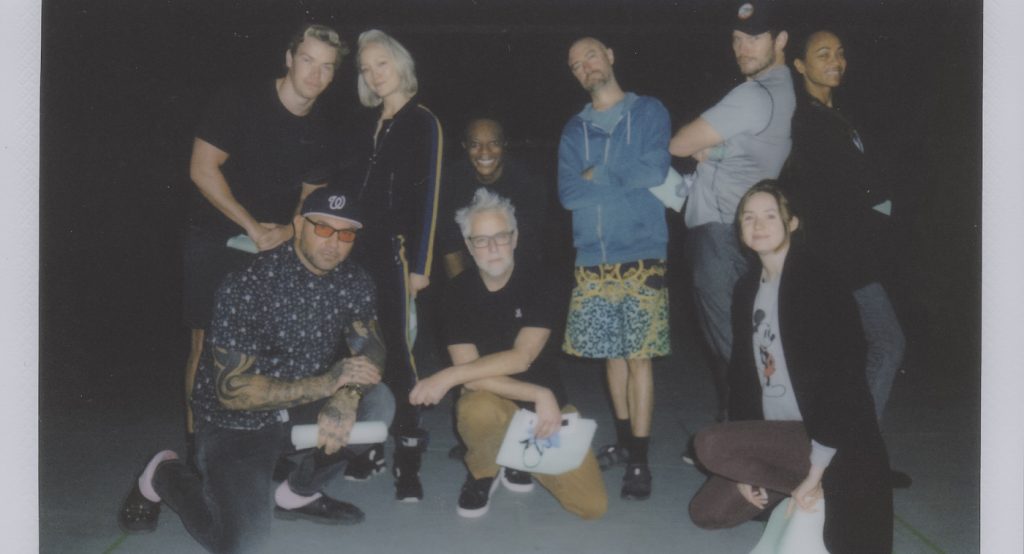 Remember last month when Chris Pratt revealed he was on set for Guardians of the Galaxy Vol. 3, but it turned out that filming hadn’t yet begun? Well, filming has officially begun. Writer/director James Gunn shared an image from set on Twitter, so now we know that the galactic gang really is back at it.

The photo includes the usual suspects from the Guardians franchise—Sean Gunn (Kraglin), Chris Pratt (Star-Lord), Zoe Saldana (Gamora), Pom Klementieff (Mantis), Dave Bautista (Drax), and Karen Gillan (Nebula). You’ll notice two new faces, however. One of those belongs to Will Poulter, who was recently cast to play Adam Warlock. Another new face in the photo is Chukwudi Iwuji, who plays Clemson Murn in Gunn’s upcoming HBO Max series Peacemaker, which is a spinoff from The Suicide Squad. There’s no word yet on whether this means that Iwuji is, in fact, in Vol. 3.

It’s been a strange & long & at times challenging journey to get here, but the obstacles along the way have only made this moment more blissful. Back on set with my Guardians family for the first day of shooting #gotgvol3 pic.twitter.com/DrF8ZV8bvz

Not much is known about the plot of Vol. 3 at this juncture, of course. Poulter’s casting as Warlock was a big reveal, confirming that the promise of the post-credit scene in Vol. 2 which introduced the character was now going to be fulfilled. We also know that some of the Guardians will be appearing in Taika Waititi’s Thor: Love and Thunder, which likely means that we might not be getting much Thor and Star-Lord frenemy action in Vol. 3.

Featured image: The cast of “Guardians of the Galaxy Vol. 3” courtesy of James Gunn.