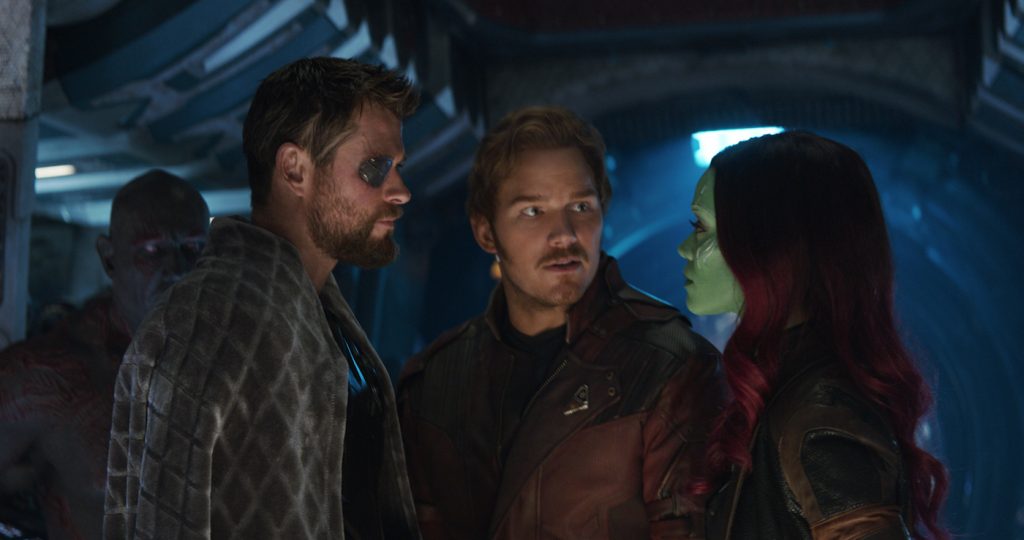 Star-Lord has reported for duty. Or at least that was what we thought. Chris Pratt revealed via Team Coco that filming has begun on Guardians of the Galaxy Vol. 3. The third film in James Gunn’s intergalactic MCU trilogy is set to land in theaters in 2023. It was exciting news—while it lasted.

Here was Pratt’s original message, where he teased both the start of Vol. 3 filming and a new Parks and Recreation podcast. He also showed off his muttonchops, a Star-Lord facial hair staple.

A special message from @prattprattpratt and his sick-ass mutton chops. Listen to him dissect his #ParksandRec character, Andy Dwyer, on this week’s episode of “Parks and Recollection” with @RobLowe and @AlanYang: https://t.co/0ps1aJFd26 pic.twitter.com/wFH7PsxQrD

But then James Gunn himself took to Twitter to tell fans that “despite stories to the contrary” they haven’t quite begun filming Vol. 3.

Despite stories to the contrary, we haven’t started shooting #GotGVol3 yet (but we are pretty close).

We got some other confirmed news recently about Vol. 3 that was pretty big indeed—Will Poulter will be playing the long-awaited superhero Adam Warlock, the genetically engineered superbeing that was teased at the end of Vol. 2 as the man (sort of) who was going to bring down the Guardians for once and for all. The scene in Vol. 2 showed Elizabeth Debicki’s Ayesha creating Warlock and making that dire promise, but it wasn’t until the recent news that it was confirmed he was going to be the film’s big bad (or at least, a major character).

Joining Pratt and Poulter are longtime Guardians Karen Gillan as Nebula and Dave Bautista as Drax, along with the agile voice work of Vin Diesel as Groot and Bradley Cooper as Rocket.

For more on Marvel Studios, check these out: