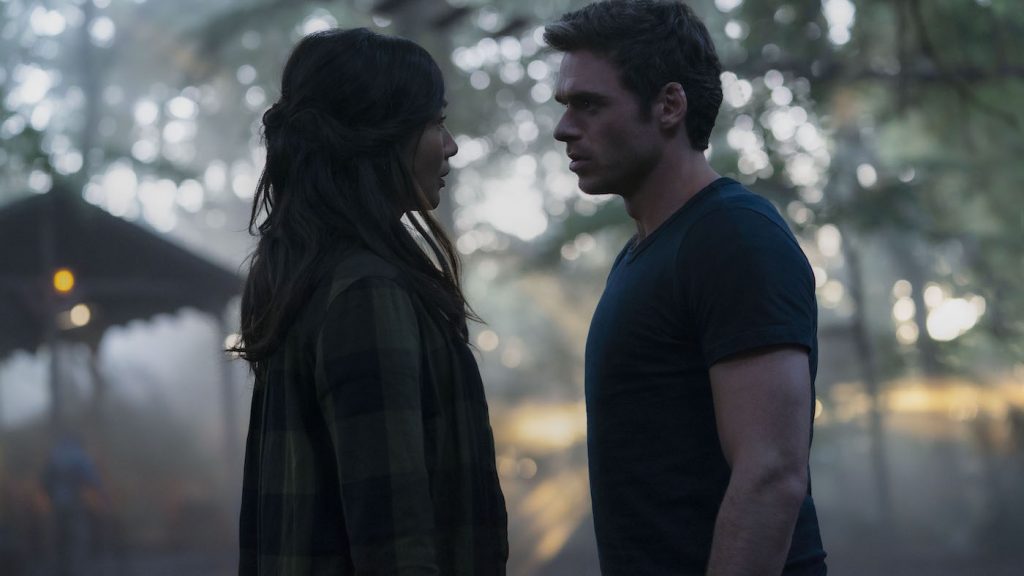 With the reviews in and only a week and change to go to before the premiere of Oscar-winning director Chloé Zhao’s Eternals, there’s little left to do but wait. Well, there is one bit of business you could attend to—getting background on the MCU’s newest crop of superheroes and what Eternals is all about. In a new video released from Marvel, all ten of the Eternals are on hand to explain who they are and where they come from. The whole cast is here, including Gemma Chan (Sersi), Angelina Jolie (Thena), Richard Madden (Ikaris), Salma Hayek (Ajak), and Brian Tyree Henry (Phastos) are on hand. If you’re the type of moviegoer who likes to know as much as possible going in, this is the video for you. If you’d rather be surprised by everything, we’d suggest skipping this video entirely.

Still here? Good. The new video details the long history of the Eternals on Earth. While these superheroes are brand new to the Marvel Cinematic Universe, they are the oldest of all the superheroes, having arrived here in 5000 B.C. to help protect the planet and its people from the Deviants. The Eternals and Deviants were both created by the Celestials, powerful beings who roam the universe. The Deviants’ plan, very Thanos-like, is to destroy all life in existence. Therefore, the Eternals are sent to Earth aboard a massive spaceship named the Domo to save humanity from extinction. Once the Eternals defeat the last of the Deviants, the band breaks up and the superheroes scatter across the globe. For hundreds of years, the Eternals remain separated from each other as life goes on. Then Thanos shows up and obliterates half of life in existence, only for the Avengers to bring everybody back. Boom. This massive power surge lures the Deviants back to the planet, and the Eternals must reunite to save humanity. Again.

Check out the video below. Eternals hits theaters on November 5.

For more stories on Eternals, check these out:

How Director Chloé Zhao Got a Superman Reference Into “Eternals”