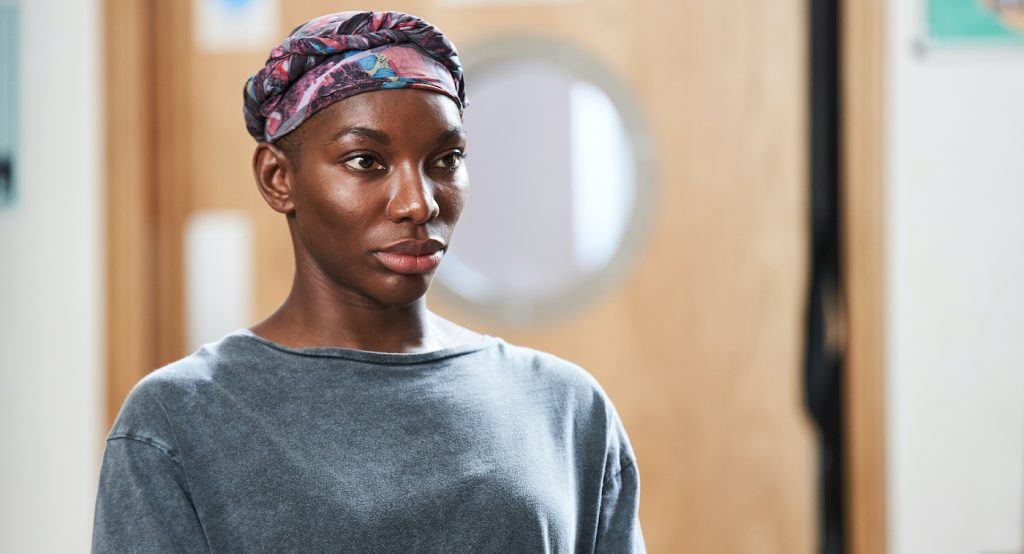 Just a terrific bit of casting news here. Variety has the scoop that I May Destroy You creator Michaela Coel has joined the cast of Ryan Coogler’s Black Panther: Wakanda Forever. We of course don’t know who Coel will be playing, as the script itself is a total unknown. Variety‘s scoop says that Coel joined Coogler, cast, and crew at Atlanta’s Pinewood Studios, where production began last month.

Coel’s sensational HBO series I May Destroy You was one of last year’s most riveting series, full stop. Coel starred in the series which she also wrote, directed, and produced, garnering four Emmy nominations. She’s appeared in Charlie Booker’s top-of-class dystopian sci-fi series Black Mirror on Netflix, as well as the films Star Wars: The Last Jedi and Been So Long.

Black Panther: Wakanda Forever is, of course, the sequel to Coogler’s world-conquering 2018 original, and he returns to direct his original screenplay. Coel is joining just about all the stars from the first film, save, of course, the late Chadwick Boseman, who died in August of 2020 from colon cancer.

“It’s clearly very emotional without Chad,” Feige told Variety before a Black Widow Global Fan Event in Los Angeles in late June. “But everyone is also very excited to bring the world of Wakanda back to the public and back to the fans. We’re going to do it in a way that would make Chad proud.”

Featured image: Michaela Coel in “I May Destroy You.” Photograph by Natalie Seery/HBO