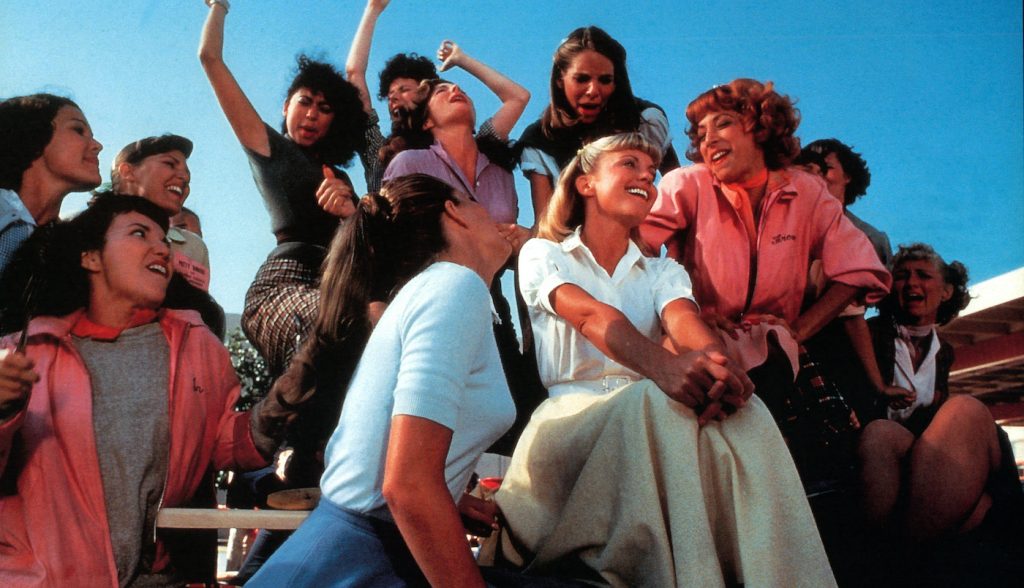 “Grease: Rise of the Pink Ladies” Headed to Paramount+

Some excellent news for us Grease fans out there—Paramount+ has officially ordered the Grease prequel series Grease: Rise of the Pink Ladies, for a 10-episode series. This comes after the series, originally titled Grease: Rydell High, moved from HBO Max to Paramount+. (One would be remiss for not mentioning that Rydell High, featured in the original 1978 film, was inspired by my high school, Radnor High, in the suburbs outside of Philadelphia.)

The Hollywood Reporter delivered the scoop that Grease: Rise of the Pink Ladies found its new home and takes place four years before the events in the original film. THR provides the show’s logline: “Before rock ‘n’ roll ruled, before the T-Birds were the coolest in the school, four fed-up, outcast girls dare to have fun on their own terms, sparking a moral panic that will change Rydell High forever.”

Featured image: Olivia Newton-John, Didi Conn and the rest of the girls sing in a scene from the film ‘Grease’, 1978. (Photo by Paramount/Getty Images)