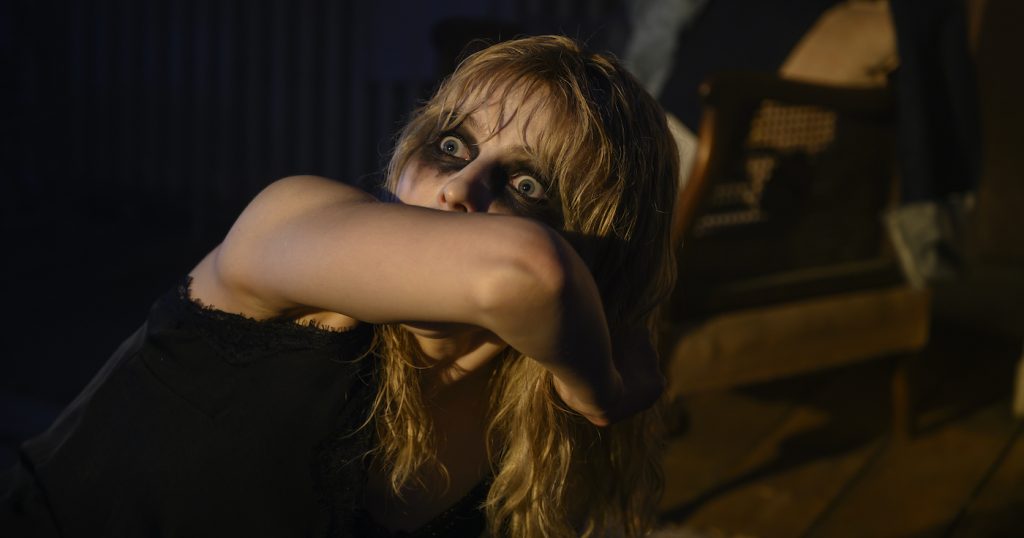 If you caught Anya Taylor-Joy on Saturday Night Live this past weekend, then you also got a first glimpse at her starring role in Edgar Wright’s mysterious new movie Last Night in Soho. Wright’s film, which he co-wrote with 1917‘s Oscar-nominated screenwriter Krysty Wilson-Cairns, is centered on a young woman, Eloise (Thomasin McKenzie)
who’s crazy about fashion design. So crazy, in fact, she’s somehow able to transport herself to 1960s London, where she comes face to face with her idol, a wannabe singer named Sandy (Taylor-Joy). The full trailer is due Tuesday, May 25. The new teaser, which we’ve embedded for you below, gives you just a taste of what’s to come.

The teaser opens with McKenzie’s Eloise in bed. Is she dreaming about Taylor-Joy’s elegant Sandy, dressed in yellow and moving through the titular London neighborhood at night? We know Wright’s film is a psychological thriller, and this bite-sized reveal points to what sure looks like it’ll be a trippy film. The film’s plot has been kept under lock and key, we only know it’ll involve a dark look at time travel, and the seamier side of London in the swinging 60s.

For more upcoming films, check out these stories: