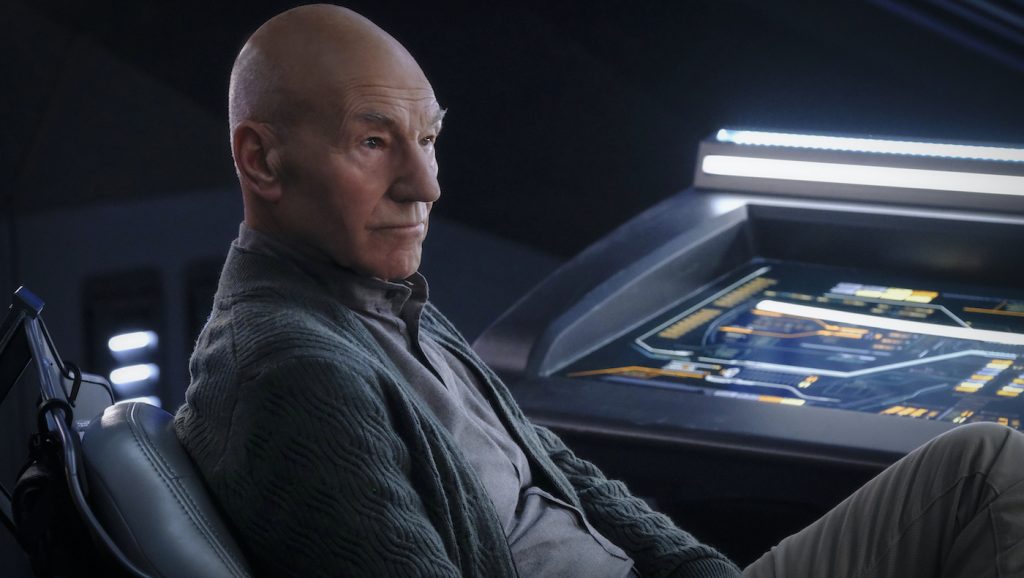 Star Trek has beamed audiences to strange and mysterious worlds for more than half a century. The franchise is adventurous, exciting, and explores the promise of an unlimited future. The idea, however, was born in the heart of a man who looked to outer space for truths about the depths of the human soul. Through the eyes of aliens, Star Trek creator Gene Roddenberry hoped to gain greater insight into the potential of humankind. For who can see things as they truly are better than an outsider?

Born in 1921, this year marks the centennial celebration of the late Gene Roddenberry. He passed away in 1991, halfway through the acclaimed run of Star Trek: The Next Generation. However, the spirit and ideals of the man who first dreamed of launching Star Fleet lovingly live on with guidance from his son, Eugene Roddenberry, or “Rod” as he likes to be called. “He took more of a humanistic or a realistic approach,” Roddenberry said reflecting on his father’s vision for the sci-fi series. “What could it be like one day? How did he see us 200, 300 years in the future? Who would we be?”

The younger Roddenberry did not follow his father into a career in entertainment, but he acts as a consultant to creatives translating the soul of Star Trek into modern projects. He carries the title of executive producer on new series like Star Trek: Picard, Discovery, and Lower Decks.

Gene sculpted the brand in ways large and small and even left behind copious notes, but there’s one guiding principle that supersedes everything. “The backbone of Star Trek is really the IDIC philosophy,” Roddenberry explained. “For those that don’t know, it means ‘infinite diversity in infinite combinations.’ My father took the approach that we’re sort of a juvenile, child race-species right now, but we grow like any species – any life form does – and we mature. In that future, we realize it’s the diversity in idea, not just form. The fact that we are fighting over the fact that we look different now is childish. We need to be embracing the uniqueness between us because that’s how you grow.”

Once you begin looking for Gene’s IDIC (pronounced ih-dihk) philosophy in Star Trek, you’ll begin to see it everywhere. It’s a better vision of ourselves. Thoughtful, generous, and much more conscientious. A perfect example is the rock monster from the classic episode “Devil in the Dark.” “Not to give anything away, but it’s been 55 years, so I feel a spoiler alert is okay,” Roddenberry laughed.

Captain Kirk saved the day when he realized the rock monster that Star Fleet is dispatched to neutralize is actually a mother protecting her eggs from destructive mining. “I love that Star Trek can – doesn’t always – but can take an idea, turn it on its head, and make us look at ourselves and go, ‘Wow. Look at that stupid misunderstanding. We were trying to kill this thing, but we were the ones killing it’s young,’” Roddenberry reflected. “I want Star Trek to always be doing that and never just be about entertainment.”

Think you’re watching something worlds away? Think closer to home. Star Trek is less like a telescope fixed on space than a mirror reflecting our troubles here on Earth. Roddenberry sites the episode “Let That Be Your Last Battlefield” as an early example of tackling social issues on the series. Aliens locked in a conflict over their physical differences, which are actually a mirror image of each other with black and white on opposite sides of their faces, destroy their own planet in their hatred.

“Star Trek wasn’t necessarily about the aliens or the starships. It was about humanity,” Roddenberry said. “What he couldn’t get away with on the diverse crew, he would put the social situations that we were dealing with at the time onto the aliens on the planet and allow this outside view in and say, ‘When you’re looking at it that way, isn’t it kind of absurd?’”

Since the beginning, Star Trek has harnessed the hope of an inclusive and equal future where the crew of the Enterprise rises above conflicts over race, species, and gender. On set, Nichelle Nichols changed the landscape of television as Lt. Uhura, a Black, female officer alongside Japanese American George Takei as Sulu. Today, the Enterprise is even more expansive in representation. Sonequa Martin-Green leads the cast of Star Trek: Discovery and director Hanelle Culpepper won an NAACP award for launching Star Trek: Picard.

“I think a diverse cast, absolutely, was part of my father’s original vision,” Roddenberry reflected. “I can tell you that everyone who has worked on these new shows, there 100% always has been a thirst, quest, desire to make sure there is diversity because they understand that to represent humans in space, you need to represent all of us. No matter what your ethnic, gender, socio-economic, religious, political background is, it should all be represented at some level on Star Trek. That’s what humanity is and needs to be. That’s what Star Trek is.”

Rod was born after the initial run of Star Trek had been canceled on CBS. His mother, Majel Barrett, played several roles over her life including Nurse Christine Chapel on the original series and Lwaxana Troi on The Next Generation and Deep Space Nine. The son of sci-fi royalty, Rod has embarked on his own hero’s journey to understand the impact of his parents’ creation chronicled in the emotional documentary Trek Nation.

As a young teen, Roddenberry delivered coffee and scripts in the summers on the set of Star Trek: Next Generation. “I wasn’t interested in the industry,” he admitted. “It was a summer job and my father was trying to teach me a little bit about what it was like to work for a living. My friends were all out playing in the summer and I would say, ‘I don’t want to be here.’ And he would say, ‘Do you know how many people would kill for this job?’ I said, ‘They don’t have to. They can have it!’ Not to sound so spoiled, but I didn’t really appreciate it at the time.”

He lost his father at 17, a difficult age for anyone to reconcile, but he was left with a world full of people who felt close to a father he didn’t always understand. Guides to his father’s galaxy endure in the characters Gene created. “There’s Spock, there’s Data, there’s the hologram Doctor, there’s Seven of Nine. I refer to these as the ‘Roddenberry characters,’ because it’s the aliens who always show us our humanity,” he said. “These are the ones that – the things that we take for granted every day that show either how foolish we are or how fortunate we are to be able to do something or have free will. Those are the things that I love when the characters point that out.”

Another ingenious trademark of Gene Roddenberry’s work is the imaginative technology featured on the show. The result is an unimaginable future that has actually, in several cases, become real. Gene Roddenberry would consult the Jet Propulsion Lab and Cal Tech scientists to understand what’s on the horizon. “My father would correspond with scientists, people on the forefront of technology and basically extrapolate,” Roddenberry revealed. “He would say, ‘What do we have now and what’s coming?’ So that’s why I think a lot of these things where we see life imitating art and art imitating life, that’s why we see that. My father did not want anything to be hocus pocus.”

Star Trek has looked both optimistically and skeptically toward the future of technology. Episodes like “The Ultimate Computer” caution against the dangers of artificial intelligence and science spinning out too soon. “One of the questions I often get is which technology is my favorite. It is the replicator,” Rod revealed. “When we are mature enough to control the atom – not just technologically advanced enough, but mature enough to control the atom – it’s going to be incredible for us. That is the Star Trek that future portrays.”

Gene Roddenberry posthumously made it to outer space when a series of missions flew with his ashes, but Rod recognizes that isn’t in the cards for most people living today. To scratch that itch for exploration, he’s become an avid scuba diver, “Very few of us are going to get to go into space,” Roddenberry recognized. “Even with Elon Musk and Virgin Galactic, what these guys are all doing is fantastic. But still, in my generation, very few of us are going to get to do that. But exploring the ocean, going into a habitat that is not our habitat, having to rely on equipment, and then look around and look at alien life – which I consider most ocean life pretty darn alien – is really the closest thing to going into space and exploring strange new worlds. It’s really exhilarating.”

Rather than shape the landscape of television like his father, Rod is focused on making the future of Star Trek a reality through the Roddenberry Foundation. The initiative partners with organizations like the Gladstone Institute, doing advanced medical research on pluripotent stem cells – adult human cells that scientists hope can one day be grown to make new organs. “The idea behind it is to take that Star Trek idea where we all work together for a greater good and find the organizations, institutions, and individuals that are working toward that future,” Roddenberry explained. “A lot of methodologies and technologies aren’t things we’re going to see in the next ten years. They’re ten, twenty, thirty, fifty, one hundred years in the future.”

As for the future of Star Trek, Roddenberry sees the franchise hitting warp speed for years to come. Star Trek: Discovery and Star Trek: Picard have been wowing audiences, and Captain Pike (Anson Mount) is scheduled to lead a new team in Star Trek: Strange New Worlds soon. “I’m confident that Star Trek will never die,” Roddenberry predicted. “It may have hiatuses. The idea is too wonderful. A future where we all work together for the greater good.”