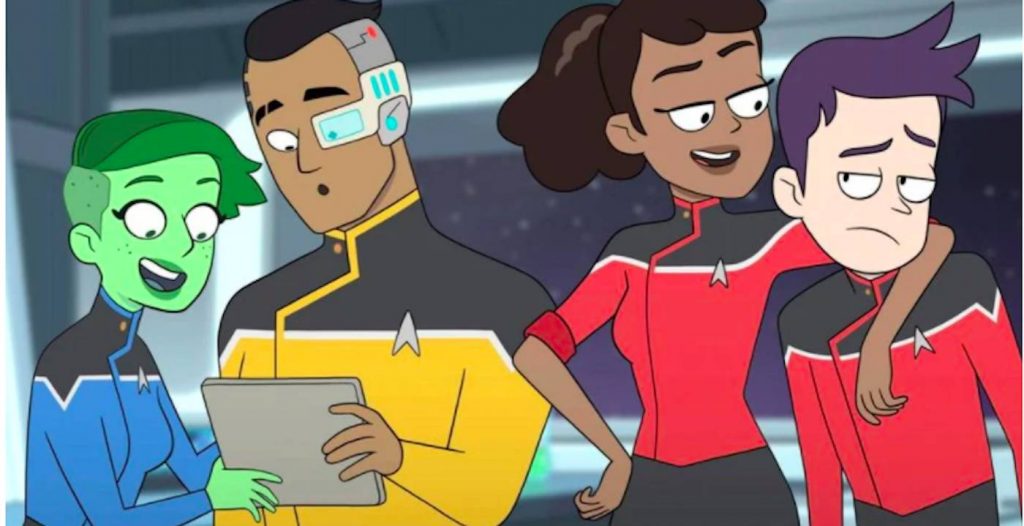 Well, this looks delightfully silly. CBS All Access revealed the first trailer for Star Trek: Lower Decks, a new animated series that tweaks the formula of the legendary franchise in more ways than one. Lower Decks is focused on the support crew of one of Starfleet’s least important ships, the U.S.S. Cerritos. Your main characters are whatever the opposite of Vulcan would be (William Shatner?).

It’s the year 2038, and the support crew on the U.S.S. Cerritos (rhymes with “Doritos”) are not the usual Star Trek geniuses and courageous leaders you’re used to. These folks are, well, a lot more like the rest of us. The first trailer reveals the kind of gonzo vibe you’d expect from series creator Mike McMahan, a writer on the galactically insane Rick and Morty. There’s a lot of obvious love for the namesake franchise, and the rare opportunity for Trekkies and non-Trekkies alike to revel in some interstellar goofiness. We come to the flagship series and its spinoffs to watch deep moral and philosophical questions played out in an epic setting by great actors. Lower Decks promises to explore questions like, ‘What would happen if you were caught naked pretending to be a fleet captain? By your superior?’ Deep stuff!

The main cast is made up of ensigns toiling on the lower decks, far below the main deck where gallantry and brilliance are on constant display. These folks are Ensign Mariner, voiced by Tawny Newsome; Ensign Boimler, voiced by Jack Quaid; Ensign Tendi, voiced by Noel Wells; and Ensign Rutherford, voiced by Eugene Cordero. Your supporting cast includes Commander Jack Ransom, voiced by Jerry O’Connell; Captain Carol Freeman, voiced by Dawnn Lewis; Lieutenant Shaxs, voiced by Fred Tatasciore; and Doctor T’Ana voiced by Gillian Vigman.

The 10-episode first premieres on Thursday, August 6th on CBS All Access. Check out the trailer below: