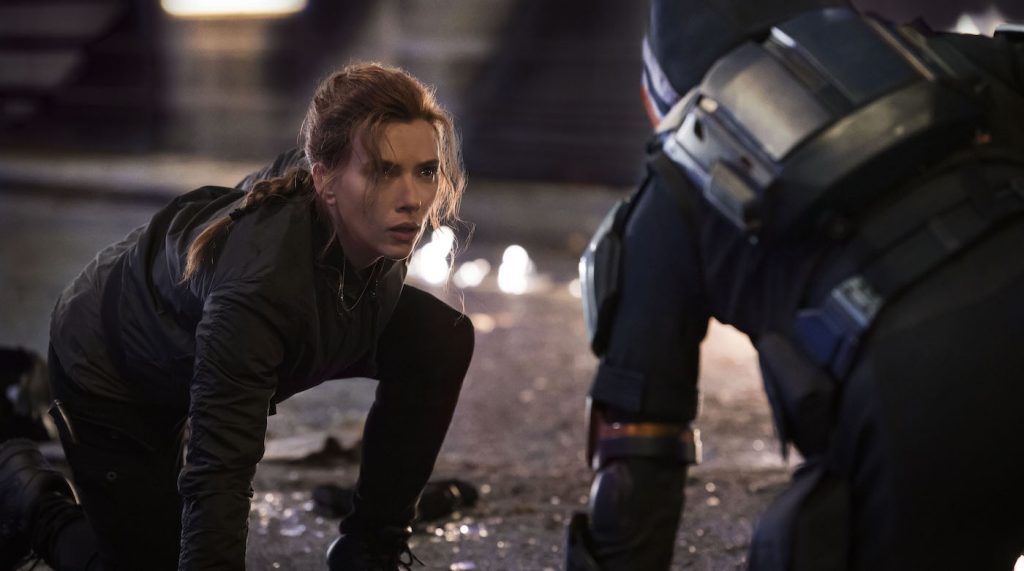 With Black Widow opening in theaters and on Disney+ Premiere Access on July 9, we’re reposting our review roundup of the film. The short and sweet take: director Cate Shortland’s film is not only a shot of adrenalin but an emotional final chapter for Scarlett Johansson’s titular Avenger. It also offers a fresh perspective on things that have happened, as well as a glimpse at the future of the MCU. For a broader glimpse at what critics are saying, see below.

The early reactions to director Cate Shortland’s Black Widow were very positive, so it’s not surprising that with the review embargo lifted we’d get more of the same. Still, it’s heartening to know that after a very, very long wait to see Scarlett Johansson’s Natasha Romanoff get her own Marvel movie, the result is a satisfying, emotional thrill ride. Many critics also hail the fact that Black Widow feels more grounded than recent MCU films, with a grittier visual style from Shortland and fight sequences that rival Captain America: The Winter Soldier in their intensity.

You likely know Black Widow‘s basics by now—the film is set between the events of Captain America: Civil War and Avengers: Infinity War. It finds Natasha trying to contend with “the darker parts of her ledger,” that is, her pre-Avenger life, by heading east and meeting up with old friends and foes. This puts her into contact with allies like Yelena Belova (Florence Pugh), Melina Vostokoff (Rachel Weisz), and Alexei Shostakov (David Harbour). It also means facing enemies like Taskmaster, the leader of a group of super assassins—better known as Black Widows—the very program from which Natasha herself emerged.

With that bit of our own ledger taken care of, let’s move onto a spoiler-free glimpse at the reviews. You can click on the links to read them in full. Black Widow hits theaters and Disney+ Premiere Access on July 9:

“Black Widow meets the immense challenge of enhancing the past and future of the character, while also functioning as a full experience in and of itself.” – Perri Nemiroff, YouTube.

“Maybe it’s no surprise that the film is entertaining and full of action. It is unexpected, though, that Black Widow may be the least Avenger-like movie in the series so far.” – Caryn James, BBC.com.

“Johansson once again embodies a character driven by her pain; now we know where it comes from. Pugh is outstanding, tapping into some of that same pain but making it her own.” – Bill Goodykoontz, Arizona Republic.

“For fans of Black Widow and everyone else, this episode is great fun and Harbour could well ascend to spinoff greatness of his own.” – Peter Bradshaw, Guardian.

“Divorced of its duties to superhero lore, Black Widow would still be a sufficiently deft spy caper, confidently crafted and worthy on its own terms.” – Richard Lawson, Vanity Fair.