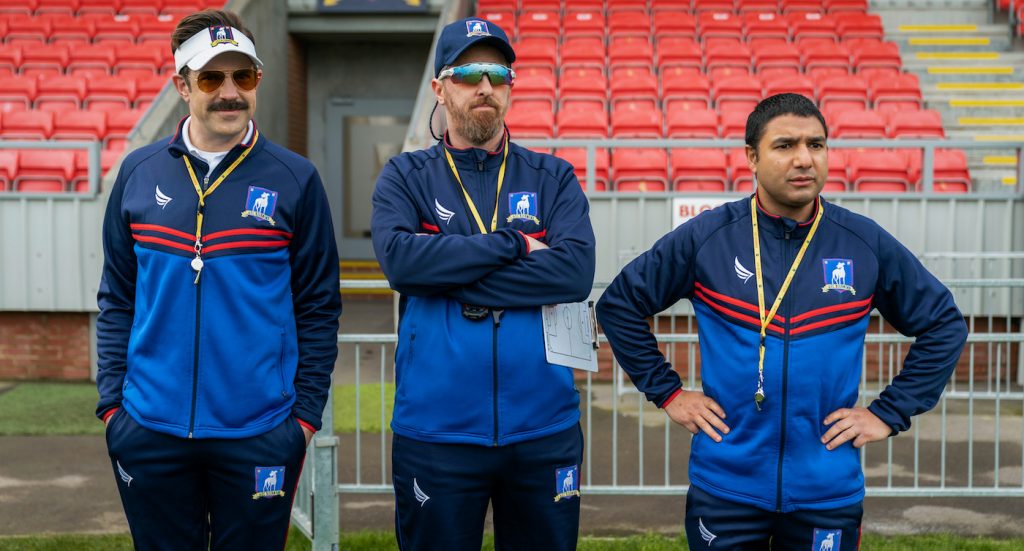 The Ted Lasso welcome wagon has arrived! That’s how the first few seconds of the season 2 trailer begin, and frankly, this is the kind of cheerful morning message that would be annoying from anybody else but Ted Lasso (especially on a Monday). Apple TV’s critically acclaimed series returns on July 23, giving us a jolt of joy in the middle of summer, and the official trailer reveals Ted’s big plans to get AFC Richmond back on the winning track.

At the end of season 1, we left Ted (Jason Sudeikis) after his first season of AFC Richmond, which might not have been a smashing success for the club, but, sort of was for Ted himself. He managed, with great cheer and a lot of help, to win over the team’s players, and even the club’s owner, Rebecca Welton (Hannah Waddingham), with his relentless optimism and folksy humor. To Ted’s surprise, Rebecca didn’t fire him at the end of season one. In fact, the two are committed to not only get AFC Richmond back into the Premier League but to win the whole gosh darn thing. This will be in stark contrast to season one, where Rebecca was secretly working behind the scenes to ruin Ted’s chances and sink the club, all in an effort to punish her ex-husband.

Check out the trailer below to one of TV’s most resolutely good-natured shows, one that still manages to be funny, a feat almost as impressive as winning the Premiere League.

For more on Ted Lasso, check out this story:

Cinematographer Stephen McNutt on Lighting the Moon in “For All Mankind”