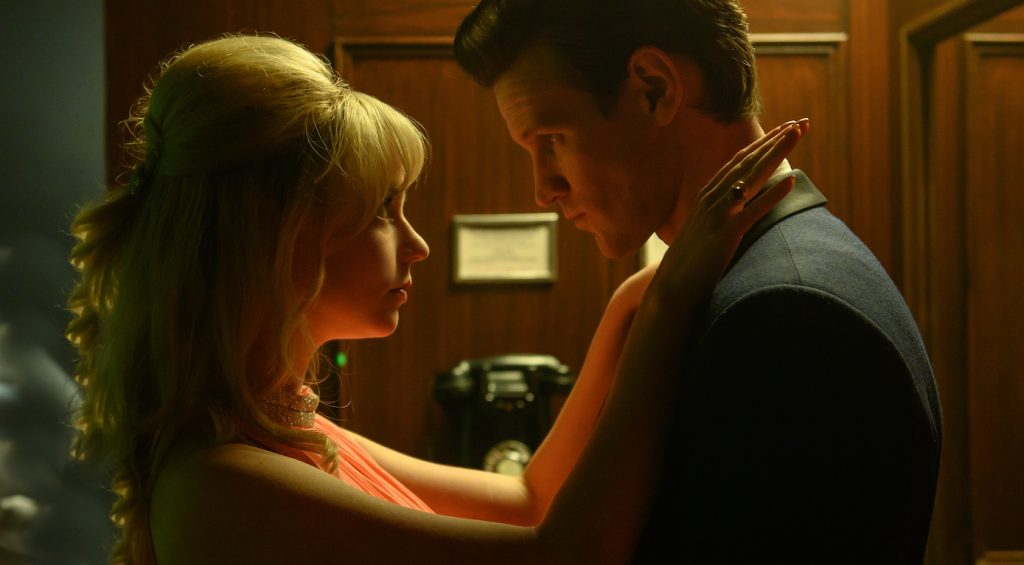 On Saturday you got the teaser, today, it’s the full trailer. We’ve finally got a good look at writer/director Edgar Wright’s Last Night in Soho, and the film is officially on our must-watch list. Wright co-wrote the script with 1917‘s Oscar-nominated screenwriter Krysty Wilson-Cairns.

The trailer opens to the sounds of a cover of Petula Clark’s “Downtown.” You might notice the song is being crooned by a familiar voice—that of Anya Taylor-Joy, one of the stars of Last Night in Soho. Taylor-Joy plays Sandy, a wannabe singer in 1960s London. She’s Eloise (Thomasin McKenzie)’s idol, but the two young women are separated by decades. Wright’s film deals with the darker side of time travel, as Eloise will soon discover that Sandy’s glamorous London life isn’t all it’s cracked up to be when she gets herself transported into Sandy’s world.

Wright is a master at taking on a genre and making it his own. He’s done it with the zombie film (Shaun of the Dead), the sci-fi alien invasion genre (The World’s End), and the heist flick (Baby Driver). Now he’s taking on a psychological thriller, and there’s little reason to think he won’t bend the genre to his own, ambitious ends.

Check out the trailer below. Last Night in Soho hits theaters on October 22, 2021.

Here’s the synopsis from Focus Features:

Edgar Wright’s psychological thriller about a young girl, passionate in fashion design, who is mysteriously able to enter the 1960s where she encounters her idol, a dazzling wannabe singer. But 1960s London is not what it appears, and time seems to fall apart with shady consequences…

For more upcoming films, check out these stories: