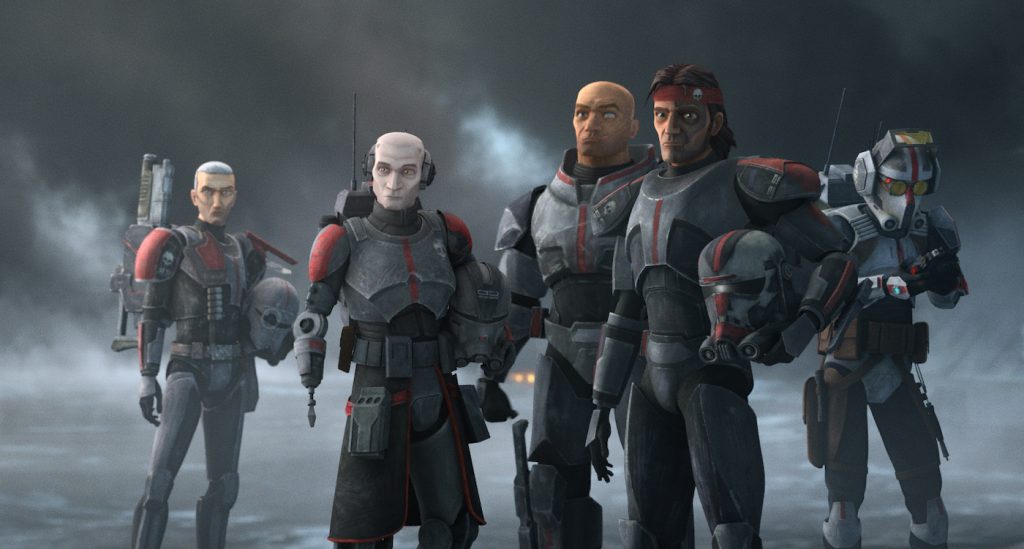 It’s May the 4th, better known as Star Wars Day, and Disney+ is celebrating the holiday in style. One of today’s big premieres is Disney+’s new animated series Star Wars: The Bad Batch, which follows a group of exceptional clones who take on extremely dangerous mercenary missions in an unstable galaxy. These fellas were first introduced in the animated series The Clone Wars and under the guidance of The Mandalorian director and executive producer Dave Filoni and head writer Jennifer Corbett (Star Wars Resistance). Unlike their clone brethren, this group stands out—they’ve each got their own particular skillset—Hunter, their leader, is adept at stealth and tracking, for example—which they’ll need in order to survive.

The series is set in the aftermath of the Clone War as our genetically mutated clones attempt to survive by using their wits (and marksmanship, and hacking skills, and more) in a galaxy in chaos. Check out the new featurette below:

If you’re assuming that May the 4th originated in the Lucasfilm marketing department, you’ll be surprised to learn this isn’t the case, at least not according to legend—it actually came from the United Kingdom. The apocryphal story is that the first reference came on May 4, 1979, the day Margaret Thatcher became the Prime Minister of the United Kingdom. The story goes that the Conservatives, her political party, took out an ad in the London Evening News that read “May the Fourth Be with You, Maggie. Congratulations.” Yet this advertisement, as far as we can tell, has never resurfaced online. If you can find a photo of it, please share it. May the 4th be with you.

Here’s the official synopsis for Star Wars: The Bad Batch from Disney+:

The series follows the elite and experimental clones of the Bad Batch (first introduced in “The Clone Wars”) as they find their way in a rapidly changing galaxy in the immediate aftermath of the Clone War. Members of Bad Batch – a unique squad of clones who vary genetically from their brothers in the Clone Army — each possess a singular exceptional skill which makes them extraordinarily effective soldiers and a formidable crew. In the post-Clone War era, they will take on daring mercenary missions as they struggle to stay afloat and find new purpose.