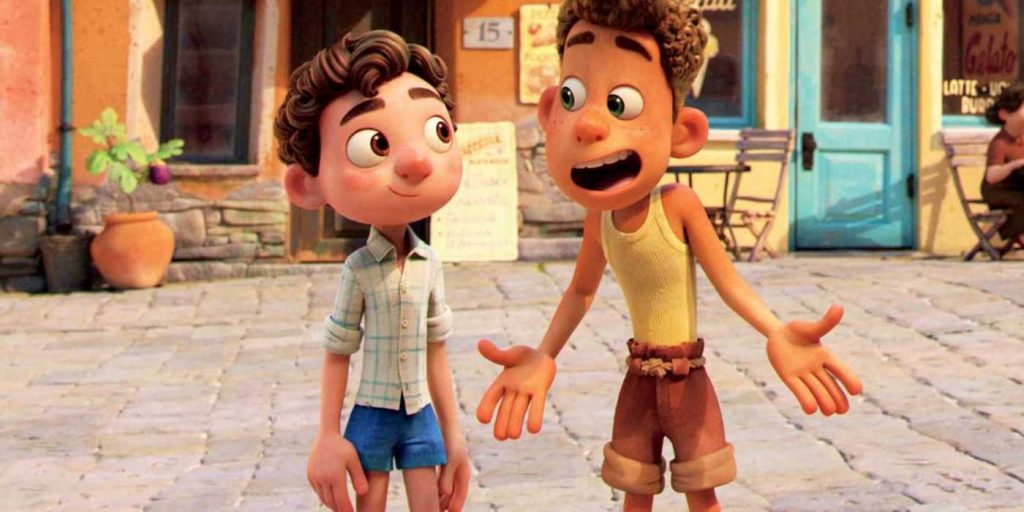 Pixar is fresh off another big Best Animated Feature win at the Oscars for Soul, and now we’ve got the first official trailer for their next film, Lucas, a decidedly different kind of story. Luca imagines what a sea creature might do with the chance to be human, a fun conceit that offers the legendary animation studio a chance to tout its considerable comedic chops.

For a sea creature, the joys of being human seem limitless. The sky! The sun! Clouds! Soccer! Walking! Or even better, driving on Vespa scooters! Luca (voiced by Jacob Tremblay) and Alberto (voiced by Jack Dylan Grazer) appear to be just a couple of fun-loving kids on summer vacation in Italy, but you and I know better. And so too, they fear, will everyone else should they ever been seen to come into contact with water. See, if Luca or Alberto get even a drop on them, their inner sea creature is revealed.

Pixar is the best in the business at this kind of ingenious narrative set-up. Create the conditions for an epic adventure, tap into the real emotions of trying to be a person in the world (or a sea creature, or a monster, or a toy, or…) and bring to bear years worth of filmmaking experience and cutting edge animation technology and, voila, movie magic. Of course, it’s far, far harder than this oversimplified equation makes it sound.

Luca is headed straight Disney+ on June 18. Check out the trailer below.