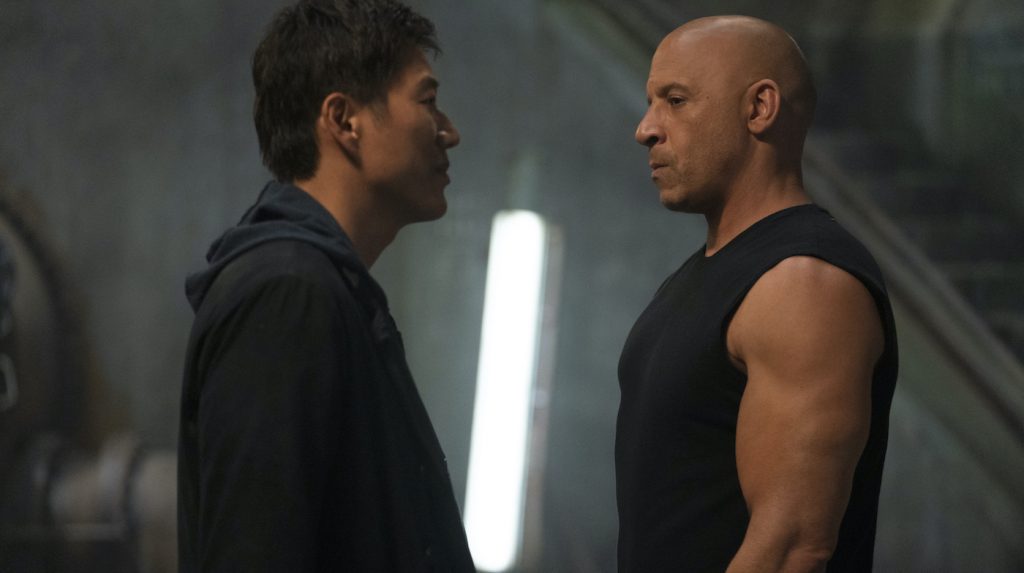 Universal let off the brakes—just a little bit—to reveal a 30-second F9 spot during the Super Bowl. It turns out that this glimpse of Dom, Letty, Han (!!), and the gang’s next adventure was way more exciting than the entirety of the game itself. Go figure!

The spot reveals—well, affirms—that Han (Sung Kang) is back, and F9 represents a real family reunion in which just about everyone who’s mattered in recent Fast & Furious installments is on hand. Well, almost everyone—there’s no Rock and there’s no Jason Statham. And this reunion won’t only include the folks that Dom (Vin Diesel) considers family, but the huge extended gang of misfits, ner do wells and outright villains. Charlize Theron’s big bad Cipher is back, as is Helen Mirren’s Magdalene Shaw. And while the nuclear family—Dom, Han, Michelle Rodriguez’s Letty, Jordana Brewster’s Mia, Ludacris’s Tej Parker, and Tyrese Gibson’s Roman Pearce—form a formidable crew, F9 promises to test them like never before. Enter John Cena’s Jakob Toretto, Dom’s “forsaken” brother, who promises to be a thorn in the family’s side like no other.

Director Justin Lin is the man behind the mayhem here, and the most seasoned Fast & Furious director of them all seems firing on all cylinders. Check out the Super Bowl spot below. F9 is slated for a May 8 release: