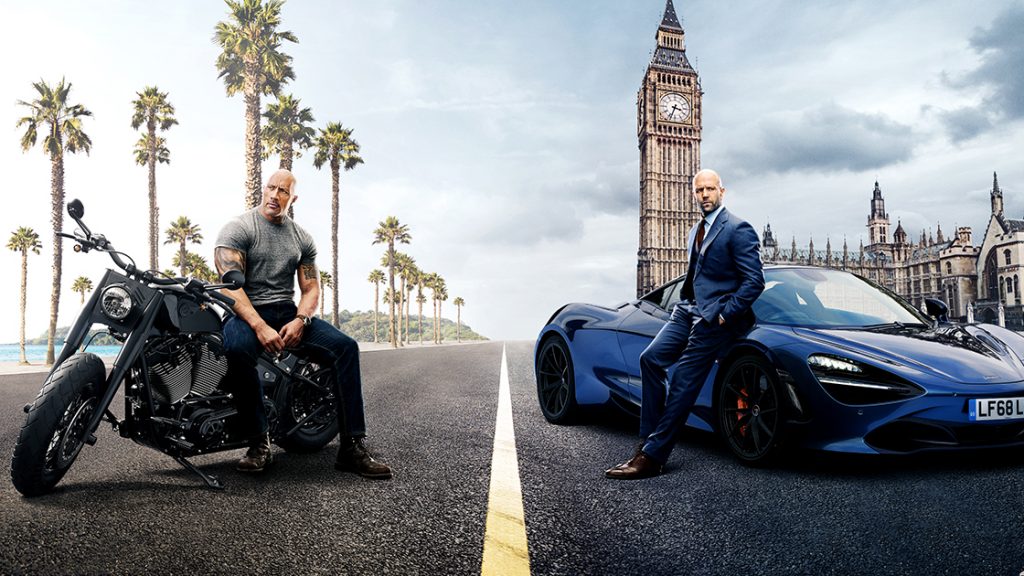 We stan this bromance! Dwayne Johnson and Jason Statham tag team in the new Fast & Furious spin-off. Universal’s Fast & Furious Presents: Hobbs & Shaw has its first trailer out today, and boy, does it pack a punch.

From images of the film being teased by producers to The Rock himself bracing fans for today’s first trailer, the hype has truly been real. Hobbs & Shaw reintroduces former U.S. Diplomatic Security Service agent Luke Hobbs (Johnson) and ex-MI6 agent and criminal mercenary Deckard Shaw (Statham) as they team up to save the world from bad guy Brixton (Idris Elba), a cyber-enhanced international terrorist. Throughout the adventure, Hobbs and Shaw trade punches, guns, and your healthy dose of expletives. The fun isn’t limited within any borders, either: scenes were shot in the U.S., U.K., Russia, Ukraine and as far out as Samoa.

Fans not able to read The Credits during work hours today (I know, right?!) can catch a new spot on TV this Sunday during Super Bowl LIII. But you loyal movie buffs can watch the trailer here below, in three, two…

Wow. Just… wow. I sense another record-breaking film for the $5 billion Fast & Furious franchise this year! If you remember, 2017’s The Fate of the Furious made movie history, beating out Star Wars: The Force Awakens for the biggest worldwide opening of all time.