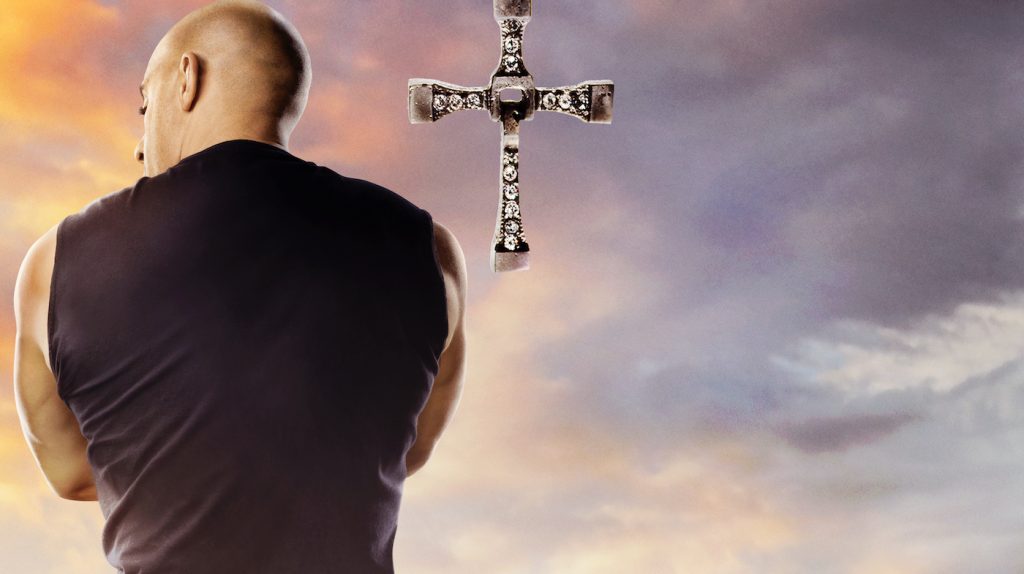 We’ve known for a very long time that Dominic Toretto (Vin Diesel) is big on family. Yet up until Fate of the Furious, that family has mostly been the gearheads he’s surrounded himself with and, of course, his beloved Letty (Michelle Rodriguez). Then Fate introduced us to his son Brian (named after his former friend, played by the late Paul Walker), and now in the first teaser for Fast & Furious 9, we see that Dom has a traditional nuclear family he needs to protect.

The teaser is decidedly short on plot points as Fast 9 is keeping the story a secret—for now. The latest installment in this suped-up mega-franchise is the first since Tokyo Drift to be written by someone other than Chris Morgan (Daniel Casey is your screenwriter here), with Morgan instead penning the Hobbs & Shaw spinoff. What we know from Fate of the Furious is that Dom and Elena (Elsa Pataky) had baby Brian, but then Elena didn’t make it through the events in the film, and now it seems Letty is stepping in to be Brian’s mom.

It also appears that Dom, Letty, and Brian are living in relative seclusion, in a pastoral very far removed from the hustle and bustle of their previous lives. With the proper trailer dropping this Friday, January 31st, we’ll finally have a much better idea of what kind of story Fast 9 is telling, but it seems evident that trouble is ahead for Dom and Letty’s new family. In fact, Letty, ominously, gives little Brian a necklace that Dom had given her and tells him it’s for protection “from what’s coming.” That’s a fairly terrifying thing to tell a child, but one imagines it’s due to the way the trailer was edited and not, you know, Letty trying to freak the little dude out.

The trailer will likely pack the thrills we’re all accustomed to with this breakneck franchise, but it’s worth noting the toned down, thoughtful vibe on display here. The Fast & Furious gang has always lived a quarter-mile at a time, but perhaps they’re growing up, which means the stakes will only get higher.

JUST IN: Your first look at #FAST9 starring @VinDiesel & @MRodOfficial!