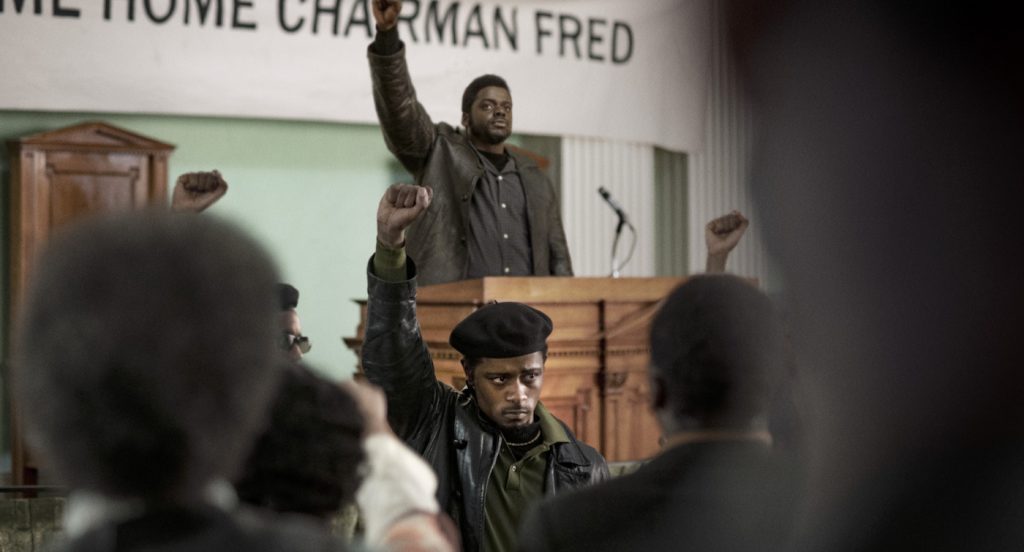 It’s somewhat foolish to shout “Oscar contender!” after watching nothing more than a trailer, but it’s hard not to get the feeling that co-writer/director Shaka King’s Judas and the Black Messiah isn’t something special after watching the new official trailer. And when trusted, smart critics like the New Yorker‘s Doreen St. Félix are this enthused, it’s quite alright to get excited, too:

judas and the black messiah is so good i am amazed that shaka king was able to make it all, tbh. it’s not a hampton biopic—this is an ensemble picture—and it is better for it. dominique fishback is next!

King’s film follows FBI informant William O’Neal (LaKeith Stanfield) as he works his way into the good graces of the Illinois Black Panther Party. O’Neal’s mission is to get in with Chairman Fred Hampton (Daniel Kaluuya), the Illinois Black Panther Party’s revered leader. Run by his handler, Special Agent Roy Mitchell (Jesse Plemons), O’Neal’s very adept at working both sides of his remit. The film, which captures not just the central drama between O’Neal and Hampton but Hampton’s budding love affair with his fellow revolutionary Deborah Johnson (Dominique Fishback), O’Neal’s own battle with what he’s doing, and the demands of the FBI Director J. Edgar Hoover (Martin Sheen), who’s obsessed with destroying the Black Panthers, is prismatic in scope.

King co-wrote the script with Will Berson, with Kenny Lucas and Keith Lucas working on the story. It’s inspired by true events, and began its life with King pitching the idea to two major talents who would then go on to produce the film with him; superstar writer/director/producer Ryan Coogler and Just Mercy and Creed producer Charles D. King.

Check out the trailer below. Judas and the Black Messiah will premiere in theaters, as well as on HBO Max, on February 12.

FBI informant William O’Neal (LaKeith Stanfield) infiltrates the Illinois Black Panther Party and is tasked with keeping tabs on their charismatic leader, Chairman Fred Hampton (Daniel Kaluuya). A career thief, O’Neal revels in the danger of manipulating both his comrades and his handler, Special Agent Roy Mitchell (Jesse Plemons). Hampton’s political prowess grows just as he’s falling in love with fellow revolutionary Deborah Johnson (Dominique Fishback). Meanwhile, a battle wages for O’Neal’s soul. Will he align with the forces of good? Or subdue Hampton and The Panthers by any means, as FBI Director J. Edgar Hoover (Martin Sheen) commands?