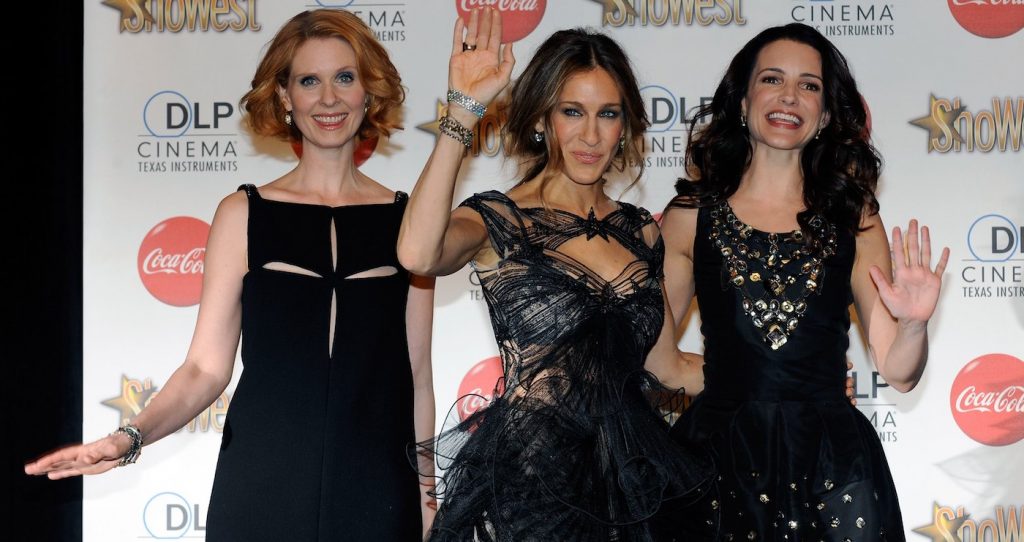 Carrie, Charlotte, and Miranda are back! Original Sex and the City stars Sarah Jessica Parker, Kristin Davis, and Cynthia Nixon are returning to the roles they made them stars in a big-time announcement this past Sunday. The news came via Sarah Jessica Parker’s Instagram page, with this perfectly succinct post:

A brand new, 10-episode chapter reunites the SATC stars—with one glaring omission—in former SATC director Michael Patrick King’s new series And Just Like That. We know what you’re asking—where’s Samantha? Original star Kim Cattrall will not be in the series, which leaves a rather large comedic hole in the ensemble considering Samantha’s bawdy hijinx were such a joy in the original. Alas, with Parker, Davis, Nixon, and King reuniting, And Just Like That still offers plenty of reasons for fans of the groundbreaking original to tune in.

And Just Like That will explore Carrie, Charlotte, and Miranda’s relationship as they navigate their friendship, romance, and more in their 50s. Production is slated to start in late spring in New York. Parker, Davis, and Nixon are all executive producing on the new series.

Sex and the City ran for six seasons on HBO, from 1998-2008, and was based on Candice Bushnell’s essays. It won the Emmy for best comedy series in 2001, and both Parker and Nixon nabbed Emmys for their work in 2004. The series was created by Darren Starr (he has no involvement in the spinoff), and also spawned two feature films, in 2008 and 2010, and a two-season prequel series on the CW, The Carrie Diaries.

We don’t know yet just when to expect And Just Like That to premiere, but sometime in 2022 seems like a safe bet.

HBO Max has given a series order to AND JUST LIKE THAT…, a new chapter of the groundbreaking HBO series, “Sex and the City,” from executive producer Michael Patrick King and starring Sarah Jessica Parker, Cynthia Nixon and Kristin Davis. The new Max Original series is based on the book, “Sex and the City,” by Candice Bushnell and the original TV series created by Darren Star. The series will follow Carrie, Miranda and Charlotte as they navigate the journey from the complicated reality of life and friendship in their 30s to the even more complicated reality of life and friendship in their 50s. The ten-episode, half-hour series is scheduled to begin production in New York late spring.

“I grew up with these characters, and I can’t wait to see how their story has evolved in this new chapter, with the honesty, poignancy, humor and the beloved city that has always defined them,” said Sarah Aubrey, Head of Original Content, HBO Max.

AND JUST LIKE THAT… is executive produced by Sarah Jessica Parker, Kristin Davis, Cynthia Nixon, and Michael Patrick King.

TAGSHBO Max Just Like That Sex and the City Warner Bros.