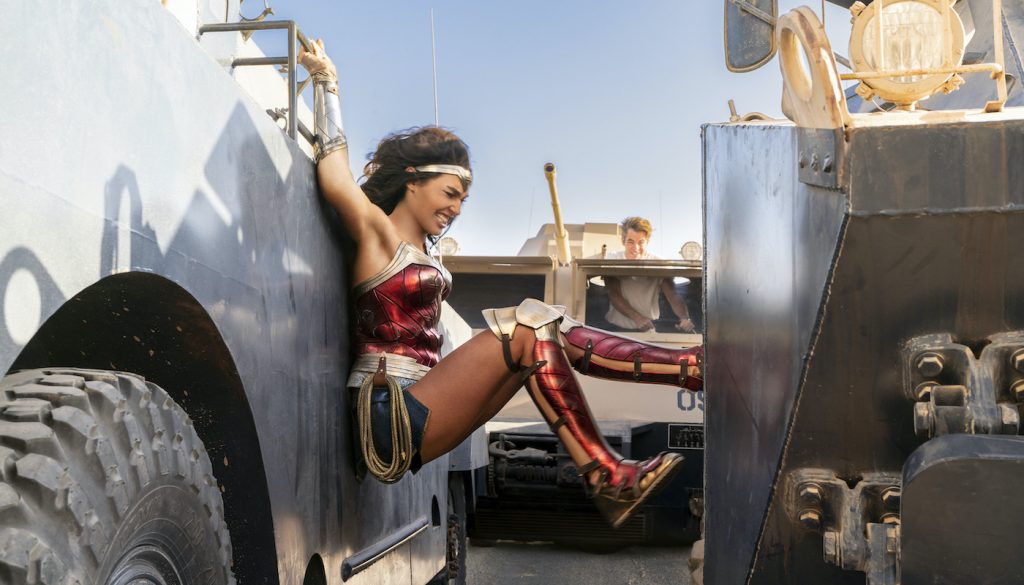 At long last, the time has just about come to see Diana Prince (Gal Gadot) in action once again—director Patty Jenkins’ Wonder Woman 1984 is just about here. While you’ll need to wait until Christmas Day to see the long-awaited sequel, the critics already have. To that end, we’ve put together a spoiler-free review round-up to give you a sense of what they’re saying.

Let’s get you caught up on where we are in the franchise, first. The opening scene is already available (you can check it out below), and it takes us back to Diana’s mystical home island of Themyscira, where her fellow Amazon tribeswomen are about to start the Amazon Games. By the time Wonder Woman 1984‘s action moves back to Diana’s present day, we’re in Washington D.C. in 1984. That means we’re in the era of Reaganism, shoulder pads, parachute pants, corporate greed, and rampant consumerism (in some ways, not that much has changed.) That makes it some 66-years since Diana left her home island in the first Wonder Woman. In that film, all she did was help the allies win World War I, fall in love with Steve Trevor (Chris Pine), lose Steve Trevor, and remind us all why people had so passionately wanted her to have her own film franchise. Thanks to Gal Gadot’s performance and Patty Jenkins’ direction, Wonder Woman was the kind of optimistic, tough, tender-hearted, and the resilient superhero the DCEU needed and we all wanted.

So that’s the barebones synopsis, let’s check out those reviews:

Peter Debruge, Variety: “Jenkins is an enormously talented filmmaker on whom the studio took a chance – one that’s seldom questioned when conferred upon men – and she proves her worth by never letting the spectacle drown out the performances.”

Mary Sollosi, Entertainment Weekly: “Maybe Wonder Woman will be the one to save us, after all.”

Angie Han, Mashable: “If WW84 can’t quite reach the heights of the first film, it still soars beautifully when it matters most.”

Nicholas Barber, BBC.com: “In its old-fashioned, uncynical way, WW84 is one of the most enjoyable blockbusters to be released since 1984.”

Kate Erbland, indieWire: “It’s also brimming with the same wonder and joy as the first film, the rare movie – of any stripe – that doesn’t just want to believe in the goodness of people, but is willing to make them truly work for it. That’s superheroic.”

Wendy Ide, Financial Times: “This dayglo romp, with its thrilling set pieces and optimistic depiction of a humanity which is able to accept personal sacrifice for the greater good, is exactly the kind of heady escapism we need right now.”

Ben Travis, Empire Magazine: “A vibrant and virtuous adventure packed with all the heart and heroism we’ve come to expect from DC’s shining light. Wonder Woman 1984 really is the hero 2020 needed all along.”

Kevin Maher, Times UK: “The screenplay from Jenkins and co-writers Geoff Johns and Dave Callaham does a remarkable thing – it doubles down on the premise and treats the material with the utmost gravitas. And, somehow, it works.”