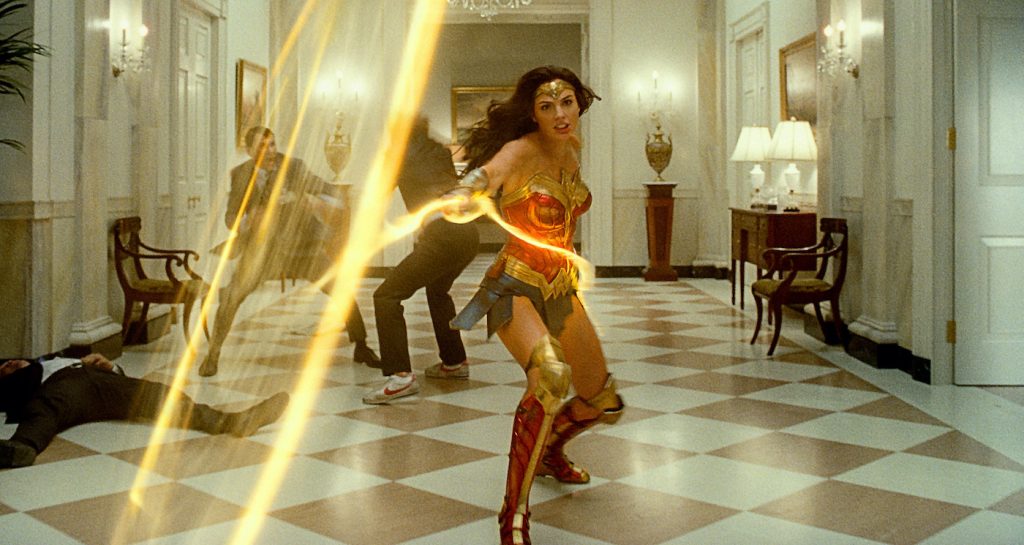 In fairly major news on the release front, a new Wonder Woman 1984 trailer reveals that Diana Prince (Gal Gadot) will be returning to our screens—at long last—in both theaters and streaming on HBO Max on December 25. Director Patty Jenkins’ long-awaited sequel will be available at no extra cost to HBO Max subscribers.

In case you haven’t been following the release status of Wonder Woman 1984, the film premiere date has been delayed three times now due to COVID-19. Now you can safely watch the new film in your own home—provided you’re an HBO Max subscriber—from December 25 to January 25. (We’re not exactly sure what happens after that month-long period, but a safe bet is Wonder Woman 1984 moves to Blu-ray and Digital rental before settling into the DCEU library on HBO Max for good.)

Wonder Woman 1984 sees Diana Prince alive and well in the 1980s, still mourning the loss of Steve Trevor (Chris Pine). But, as you know by now, Steve’s back (somehow!) Their reunion comes just as Diana faces a host of new enemies, and you know Steve will want to get in on that action at her behest. One order of business for Wonder Woman is Maxwell Lord (Pedro Pascal), a sociopathic TV personality and media tycoon who wants the world to bow down to him and will stop at nothing to get what he wants. Then there’s Barbara Ann Minerva (Kristen Wiig), a.k.a. The Cheetah, who revealed in the film’s second trailer that she aims to be the apex predator.

Check out the new trailer below. Considering many of us won’t be home for the holidays this year, being able to spend time with these old friends will help.