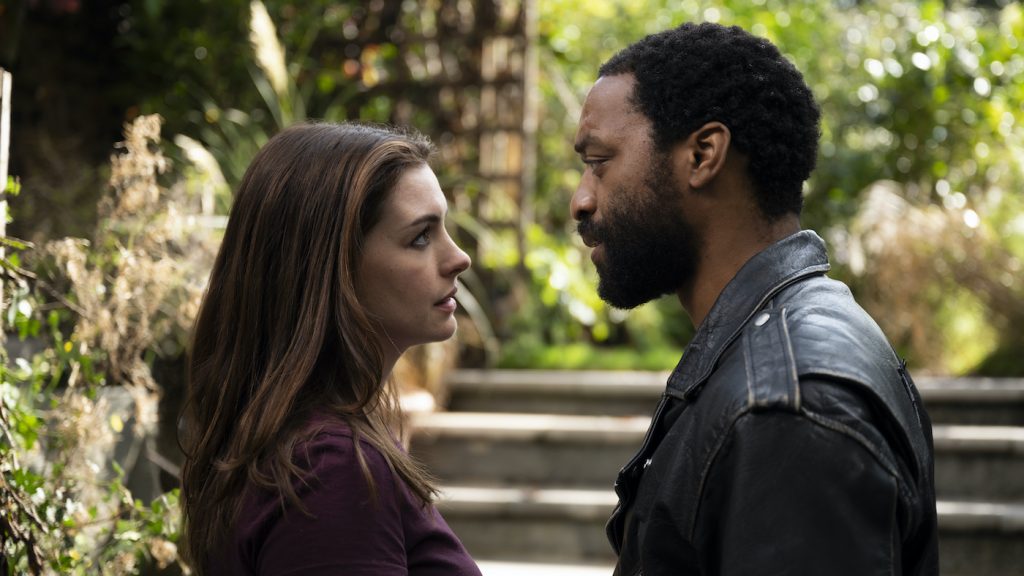 HBO Max has just released two fresh trailers for two of their early 2021 offerings. In Locked Down, you’ve got Anne Hathaway’s Linda and Chiwetel Ejiofor’s Paxton finally deciding that it’s time to separate, only to have the pandemic force them together. While this sounds like the making of a Love in the Time of Corona-type of story (and it sort of is), it’s also a heist flick. Directed by the very talented Doug Liman (Edge of Tomorrow) and written by Steven Knight (Peaky Blinders), Locked Down has the flavor of Liman’s Brad Pitt/Angelina Jolie spy-romance Mr. and Mrs. Smith. The trailer starts off with Linda and Paxton’s romantic and professional lives upended by the pandemic, but by the end, they’re stealing a precious diamond from London’s luxury department store Harrods, and looking very much like they’re having the times of their lives. I guess somebody should be.

The other trailer reveals season four of Search Party, the witty, wild dark comedy from Sarah-Violet Bliss, Charles Rogers, and Michael Showalter, starring Arrested Development alum Alia Shawkat, Meredith Hagner, John Reynolds, and John Early. This season’s guest stars include Susan Sarandon, Griffin Dunne, and Anne Dowd. If you haven’t yet watched the first three seasons of Search Party, you’re in for a treat. It’s not quite like anything else on TV. The initial premise followed four selfish twenty-somethings who found themselves caught up in a mystery when someone they knew from college disappears. Offbeat, funny, and often charming, Search Party is worth the look.

Check out the Locked Down trailer below. The film premieres on HBO Max on January 14.

In LOCKED DOWN, just as they decide to separate, Linda (Anne Hathaway) and Paxton (Chiwetel Ejiofor) find life has other plans when they are stuck at home in a mandatory lockdown. Co-habitation is proving to be a challenge, but fueled by poetry and copious amounts of wine, it will bring them closer together in the most surprising way.

Check out Search Party ‘s season 4 trailer below. The season begins on HBO Max on January 14 with three episodes, followed by another three on January 21, and the final four on January 28:

In SEARCH PARTY season four, Dory (Alia Shawkat) is held prisoner by her psychotic stalker Chip (Cole Escola), who is determined to make Dory believe that they are best friends. Meanwhile, Portia (Meredith Hagner) is starring in a film about the trial, although not as herself; Elliott (John Early) has switched party lines to become a far-right conservative talk show host; and Drew (John Reynolds) is trying to escape his dark past by working as a costumed cast member in a theme park. As the friends begin to connect the dots that Dory might not be touring Europe as her faked social media suggests, they must decide whether to put their traumatic pasts behind them and once again become a search party – but this time, for Dory. SEARCH PARTY is executive produced by Sarah-Violet Bliss, Charles Rogers, Michael Showalter, and Lilly Burns and Tony Hernandez for Jax Media.