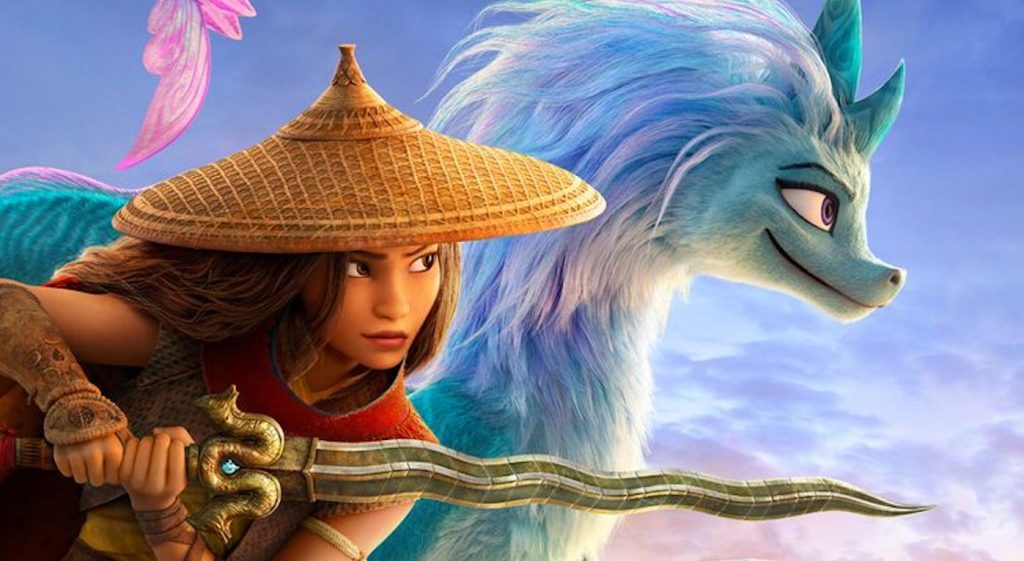 Raya and the Last Dragon is ready to take flight. Well, almost ready. The upcoming Walt Disney Animation Studios film, from directors Don Hall (Moana) and Carlos López Estrada (Blindspotting) has released a new trailer ahead of its theatrical and Disney+ Premiere Access release on March 5. The epic action-adventure story is set in the mystical world of Kumandra, where at one point in time, dragons and humans coexisted peacefully. In fact, their bond was so close that the dragons sacrificed themselves to save humanity from an evil force some 500 years ago. That force is back. And not only that, but Kuamanda is a place where nobody seems to get along very well.

The film is set 500 years after those events. Your heroine is the titular Raya (voiced by Kelly Marie Tran), and she’ll need to assemble a crack team in order to face down the threat. As for that last dragon in the title, her name is Sisua, and she’s voiced by none other than Awkwafina. Raya’s crew will need to find Sisua if they’re going to prove successful, and one of the members, an extremely clever baby, seems capable all her own.

If you wanted to mask up and catch the film in theaters, you’ll be able to. If you’d rather watch at home, it’ll be available on Disney+’s Premiere Access program to rent for $29.99. Coming from the same studio that brought you Moana, Raya and the Last Dragon has a similarly lush look. It also boasts a terrific voice cast. Joining Tran and Awkwafina are Gemma Chan, Daniel Dae-Kim, Sandra Oh, Benedict Wong, Izaac Wang, Thalia Tran, Alan Tudyk, Lucille Soong, Patti Harrison, and Ross Butler.

Behold the new Raya and the Last Dragon trailer below.