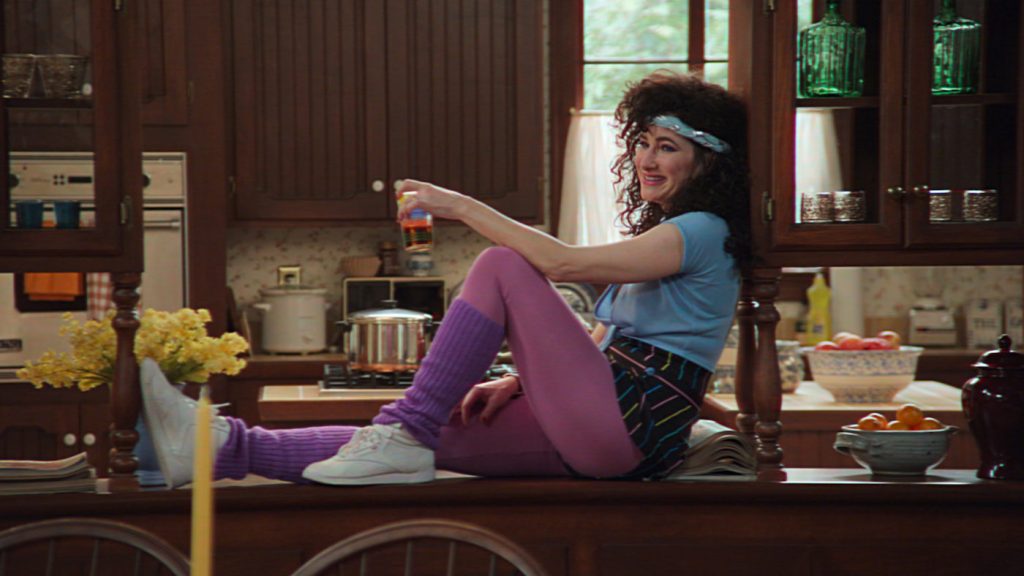 We’re just two days away from the premiere of Marvel’s WandaVision on Disney+. The first-ever Marvel series on Disney’s powerhouse streamer has already garnered a ton of rave reactions from critics who have seen the first three episodes. The series, from showrunner Jac Schaeffer and director Matt Shakman, imagines a world in which Vision (Paul Bettany) is somehow alive (even though he was killed by Thanos in Avengers: Infinity War), and he’s living with his main squeeze and superpowered equal, Wanda Maximoff (Elizabeth Olsen) in the quiet suburban idyll of Westview.

Yet this boilerplate synopsis doesn’t touch the sublime weirdness of WandaVision. The two mighty Avengers are living in a series of period sitcom worlds, from Bewitched to Full House, that aren’t what they seem. The series, like all the rest coming to Disney+, is connected to the larger MCU. This means as Wanda and Vision start to unpuzzle just where they are—and why—they’ll also come into contact with characters from the larger Marvel world. Those include Teyonna Parris as the older version of Monica Rambeau from Captain Marvel, Kat Dennings as Darcy Lewis from Thor, and Randall Park as FBI Agent Jimmy Woo from Ant-Man and the Wasp.

Yet one brand new character they’ll meet is Kathryn Hahn’s nosy neighbor Agnes. Hahn is a marvelous performer, and she’s proven there really isn’t a genre or style she can’t handle. From drama like 2018’s Private Life to her nimble performances in comedies, from Step Brothers, We’re The Millers, to Bad Moms, Hahn can do it all. So she was the perfect fit to step into the bizarre, mutable world of WandaVision.

In an interview with The Hollywood Reporter, Hahn enthused about nabbing the role. She also had a lot to say about the show’s wild ambitions. We’ve excerpted a few of our favorite quotes, but we highly recommend you read the interview in full over at THR.

After meeting with Marvel Studios president Kevin Feige, here’s what Hahn had to say about getting the call back:

“I went back and met with Jac Schaeffer, the writer, Matt Shakman, the amazing director, and Mary Livanos, our producer. They walked me through the story arc, and I stopped and asked a ton of questions as we were going through it because I’m a little bit of a newbie to this world. I was just blown away by the ambition and the swing that they were describing to me. I just kept being like, ‘If this can be pulled off, this would be so incredible.’”

On the show’s scope:

“I was also very excited about the idea of working with Lizzie [Elizabeth Olsen]. I just think she’s so tremendous. I knew a little bit at the time — and I know more now — but Wanda Maximoff’s backstory in the comics is so dark and so traumatic. There’s so much there. And I knew that opening that up over a longer period of time than had been afforded in the films was going to be very exciting in this format. So, to know that it was going to be something that the MCU has never done before — and that I was going to enter this world through a 1950s sitcom — all of those reasons together made it irresistible. I couldn’t have dreamt a cooler part, honestly. I was thrilled.”

We strongly suggest you read the full interview at The Hollywood Reporter here.

For more on WandaVision and Marvel, check out these stories: