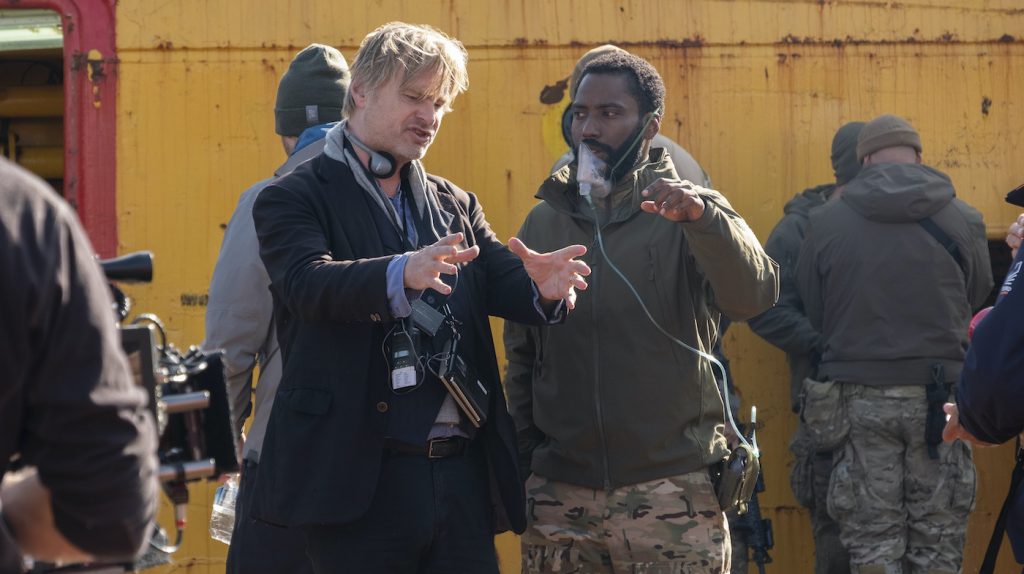 Watch Christopher Nolan Break Down a High-Stakes Sequence in “Tenet”

Christopher Nolan’s Tenet is now available for digital download and on DVD. This means the mysteries at the heart of his time-inverting spy epic will begin to be unpuzzled. In a new “Anatomy of a Scene” video from the New York Times, it’s Nolan himself doing the unpuzzling.

First, some due diligence—let’s provide a brief synopsis of what Tenet‘s about. Tenet stars John David Washington as a member of an elite team that seems capable of literally inverting time in order to try and stop armageddon before it happens. You can think of Tenet as a spy movie, but it’s a Christopher Nolan spy movie. This means Tenet will take the tropes of the genre and explode them (or invert them), sort of like he did with the heist genre in his 2010 mind-melter Inception.

In this scene breakdown, Nolan discusses a sequence in which Washington and his comrade Neil (Robert Pattinson) need to launch themselves up the side of a high-rise mansion via a rope-and-pulley system they’ve devised. This being a Nolan stunt, there’s a whole lot of practical effects happening here. We’re talking about actual stunt performers actually launching up the side of the building. Nolan also talks about working with Bollywood film star Dimple Kapadia, how the aerials they shot on location in Mumbai were crucial (and historic), and more. It’s good stuff.

Check out the video below. Joining Washington, Pattinson, and Kapadia are Elizabeth Debicki, Kenneth Branagh, and Clémence Poésy. Tenet is available now for your viewing pleasure:

For more on Tenet, check out these stories below: