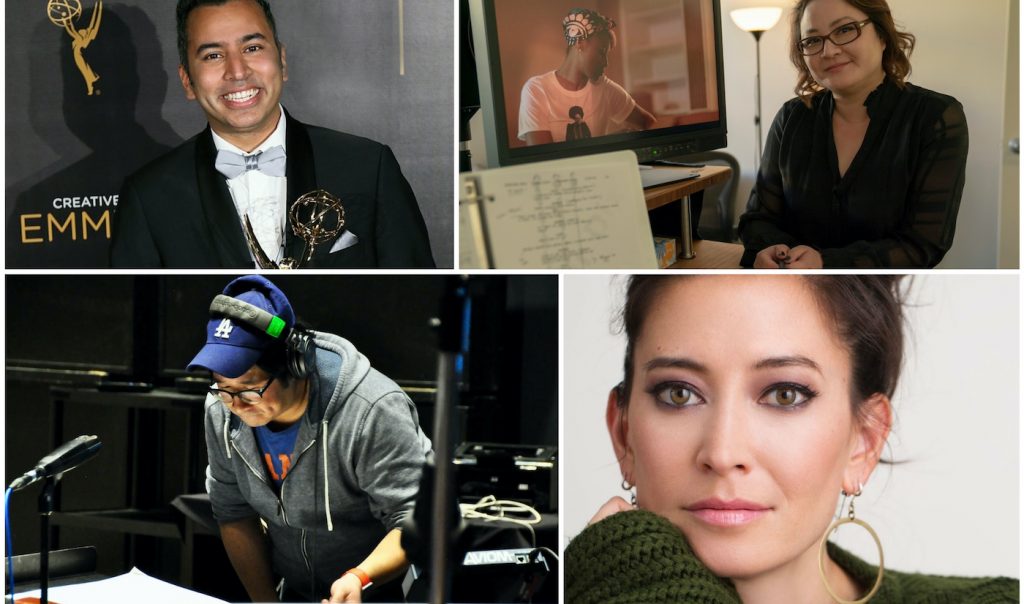 Join us today for our second Film School Friday event at 2 pm ET, which will feature leading Asian American & Pacific Islander (AAPI) creators and continues our coverage of AAPI Heritage Month. Today’s virtual panel features creators from HBO’s Insecure, Netflix’s Never Have I Ever, The CW’s  Batwoman, and more. Your host is John Gibson, the Motion Picture Association’s Vice President for External and Multicultural Affairs. It’s that rare feel-good event in 2020, so please, join us and be part of the conversation.

Your panelists are director Kabir Akhtar, whose recent work can be seen on Mindy Kaling’s new Netflix series Never Have I Ever; editor Nena Erb, an Emmy-winning editor based in Los Angeles whose work includes cutting Issa Rae’s fantastic HBO series Insecure; composer Sherri Chung, whose scores can be heard on CW’s hit series Batwoman and Riverdale; and composer Darren Fung, a two-time Canadian Screen Award winner and International Film Music Critics Association Award nominee, with more than 100 composition credits to his name.

To RSVP and watch the event, visit us at FilmSchoolFriday.com. You can join the conversation by using the hashtag #FilmSchoolFriday and @MotionPictures on Facebook, Twitter, and Instagram.